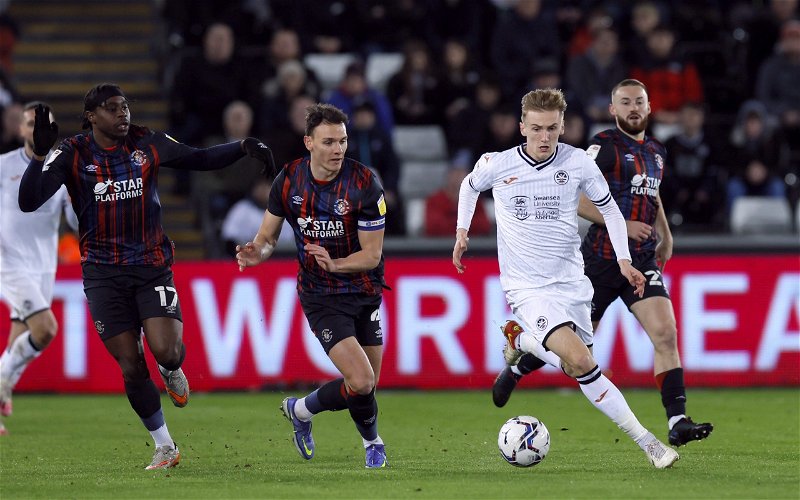 According to transfer insider, Dean Jones, West Ham United want new signing Flynn Downes to burst into the team this season but David Moyes has him ‘on reins’ for now.

The Hammers have started the season slowly despite improving the squad in the summer, spending an incredible £163.8m on stars like Lucas Paqueta, Gianluca Scamacca, Emerson, and Nayef Aguerd to name a few.

They also bought Championship starlet Downes from Swansea City for £9.59m, and while is highly rated, he is yet to make a big impact on the first team, only making one Premier League appearance so far.

In a recent interview with GiveMeSport, Jones claimed the lack of game time is down to the manager and claims Moyes is keeping him on a leash this season and will not throw him into the first team straight away.

Jones said, “They want him to burst through this season. But you know, Moyes has kind of got him on reins at the moment. He kind of wants him to take baby steps into the team.”

While fans may want to see Downes come into the side soon, especially after their shaky start, Moyes is doing the right thing by slowly bedding him into the first team and to the fast pace of Premier League football.

So far this season, Downes has only played for a total of one minute in the topflight but has picked up minutes in the cup competitions for the Hammers. The 23-year-old has featured more in their Europa Conference League, making three appearances for a total of 118 minutes.

Downes has a lot of time left to become a star player for the Irons, right now it is important that he gets up to speed with the level of football the club wants to play. Moyes is doing the right thing for the club and the player right now and I am sure we will see more of Downes as the season goes on.