Tottenham Hotspur: Lucas Moura will only leave if he can be replaced 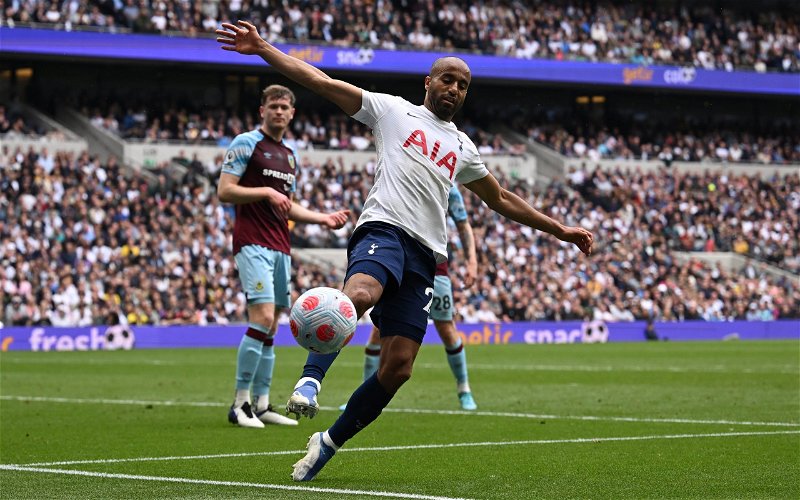 Tottenham Hotspur forward Lucas Moura will only be allowed to leave the club in January if the club can bring in a replacement for the Brazilian.

That is according to journalist Dean Jones, who was speaking to GiveMeSport about the latest news from the Tottenham Hotspur Stadium.

According to Football Insider, Newcastle United tried to make a late loan move for the 30-year-old during the summer transfer window, however, nothing developed.

Meanwhile, The Telegraph has suggested that Aston Villa were interested in a move for Moura on deadline day, but nothing materialised, meaning that the former Paris Saint-Germain ace remains in north London until at least January.

However, despite rumours of a move, Jones says that Antonio Conte still believes that Moura has a place in the squad and will only be willing to let the forward go if the club have a replacement lined up.

He said: “He is a key member of the squad as it stands.

“I don’t think he will leave midway through the season unless Tottenham have got someone else in the bag already to fill his role, so I think it’s going to take another deal to be completed for him to move on.”

Whilst the £60m signing of Everton and Brazil striker Richarlison may have pushed Moura further down the pecking order, we think it would be in Spurs’ best interests to keep the experienced forward in case of an attacking injury crisis.

The São Paulo-born forward has been a solid servant to the club since his £23m arrival in 2018, scoring 38 goals and providing 27 assists in 204 appearances according to Transfermarkt, including an iconic hat-trick in the Champions League semi-final second-leg at Ajax to secure the club’s first final appearance in the competition.

However, if a decent offer arrives for the 35-cap Brazil international this summer, the club may want to use the funds to invest in a younger alternative for Conte’s squad in January. Therefore, we believe that this is a situation in which Fabio Paratici and Daniel Levy can afford to be flexible with.