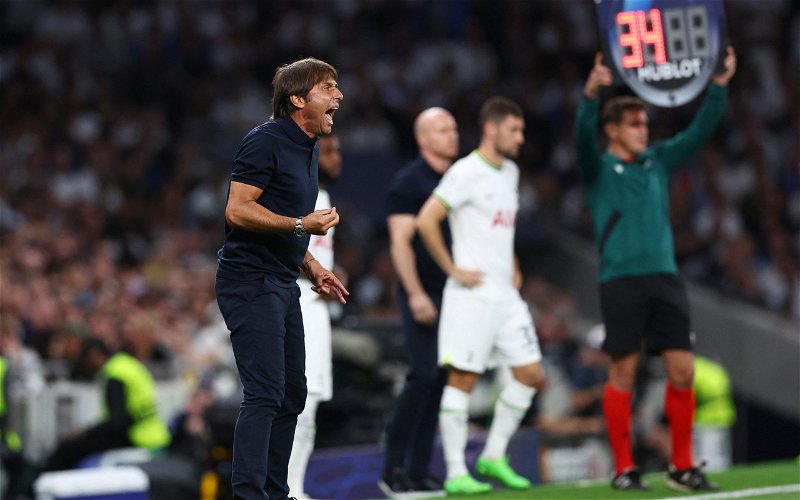 Tottenham Hotspur’s performance in their 2-0 Champions League victory over Ligue 1 side Marseille was “very average.”

That is according to journalist Julien Laurens who was speaking on ESPN FC’s YouTube channel when reacting to this week’s Champions League fixtures.

Antonio Conte’s side were struggling to break down the French giants in their Champions League opener, before former Newcastle United centre-back Chancel Mbemba was sent off for the away side two minutes after the break.

It took until the 76th minute for Spurs’ £60m signing Richarlison to break the deadlock, before the Brazilian international added another to his tally five minutes later, to secure a 2-0 victory for the home side.

But Laurens was not impressed with the way that Conte’s side performed on Wednesday evening, in spite of the positive result.

“It was a very average performance from Spurs,” the journalist told ESPN FC.

“Marseille played really well and were maybe even the better side in the first half. They didn’t do much with the ball, but still the way they controlled the game and the tempo of it was great.

“And then the red card as you said in the 47th minute, just changed the whole dynamic. After that, they were a bit more under pressure, but still defended well until that cross from Perišic that [he] should not have been allowed to cross even on his right foot.

“And then no marking on Richarlison and after the first goal it was inevitable.”

Whilst we believe that Tottenham were certainly not at their best in their first Champions League fixture since 2020, we believe that at the early stages of the competition, the results are significantly more important than the performance.

Conte’s main priority would have been to get three points on the board from a home fixture in order to get Spurs’ European campaign up and running, which is something he eventually achieved, even if it was a difficult watch at times.

Therefore, whilst we believe that overall, it may have been an average performance from Tottenham, the fans and players will be delighted that they have got a win under their belt so early on in the competition, and will hope that they can use this as a platform to build on.