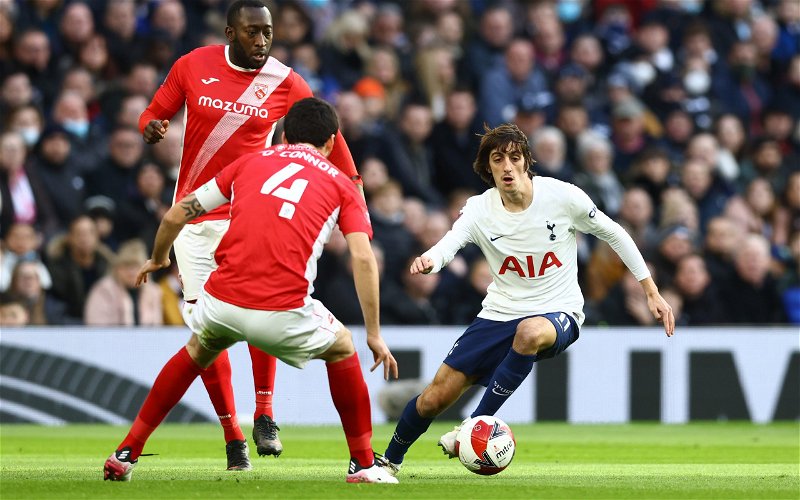 At one stage in the summer, it looked as though the Spaniard would be heading to Valencia, with manager Gennaro Gattuso even speaking publicly about the deal.

However, no deal came to pass. This failed move seems to have upset the winger, who recently made a cryptic Instagram post about his situation.

It certainly would be no surprise if he was unhappy at Tottenham, as Gil hasn’t been used once in the Premier League this season by Conte.

While talking about the issue on YouTube, Sessions criticised the treatment of the youngster, saying that he doesn’t agree with Conte’s plans to possibly discard him.

He explained: “I mean, people a few years ago were talking about him being in the next five, six years, he’s gonna be one of the best players – not just in La Liga or for Spain, but overall. That’s how excited people were about him.

“And I don’t agree with Conte that he should just be discarded now and he’s not a useful option. And especially in the Champions League. I mean, he went on loan to Valencia for the second half of last season and played a really big role for them.”

Will Bryan Gil ever be a success at Spurs?

Gil joined Tottenham from Sevilla last year for £21m with Erik Lamela going the other way (Independent), but the Spaniard hasn’t really been afforded many chances to shine since then.

Indeed, on top of not playing this season, he was loaned out in January to finish the previous campaign away from England with Los Cules.

In total, Gil has played 20 games for Spurs and has failed to score, and it seems as though this stop-start pattern during his time with the club is halting his progress.

It’s easy to see why Sessions has questioned the treatment of the 21-year-old, who wasn’t allowed to leave this summer but neither does he seem to be in with a big shot of gaining regular game time any time soon.