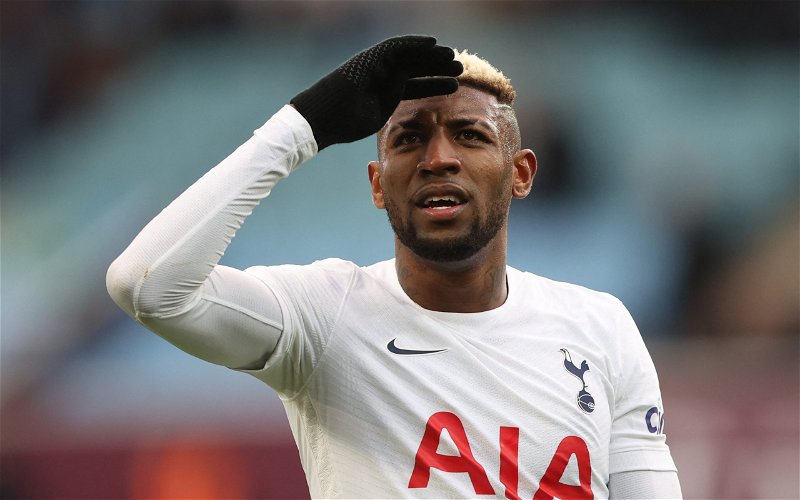 Richarlison has labelled Emerson Royal on Instagram as a beast after his performance for Tottenham Hotspur in the Champions League.

Spurs had a tough time last night as they struggled to get things going in the first half, but after Chancel Mbemba saw red for a challenge on Son Heung-min, Tottenham appeared to grow into the game and eventually ran out 2-0 winners.

It was this summer’s big addition Richarlison who stole the show with his first two goals in a Spurs shirt that sealed all three points and also earned him the Man of the Match award on his Champions League debut although he still had time to praise one of his teammates for their showing last night.

The Brazilian sent a simple one-word message to Emerson Royal underneath his latest Instagram post which was ‘Beast’.

Have you been impressed by Emerson? 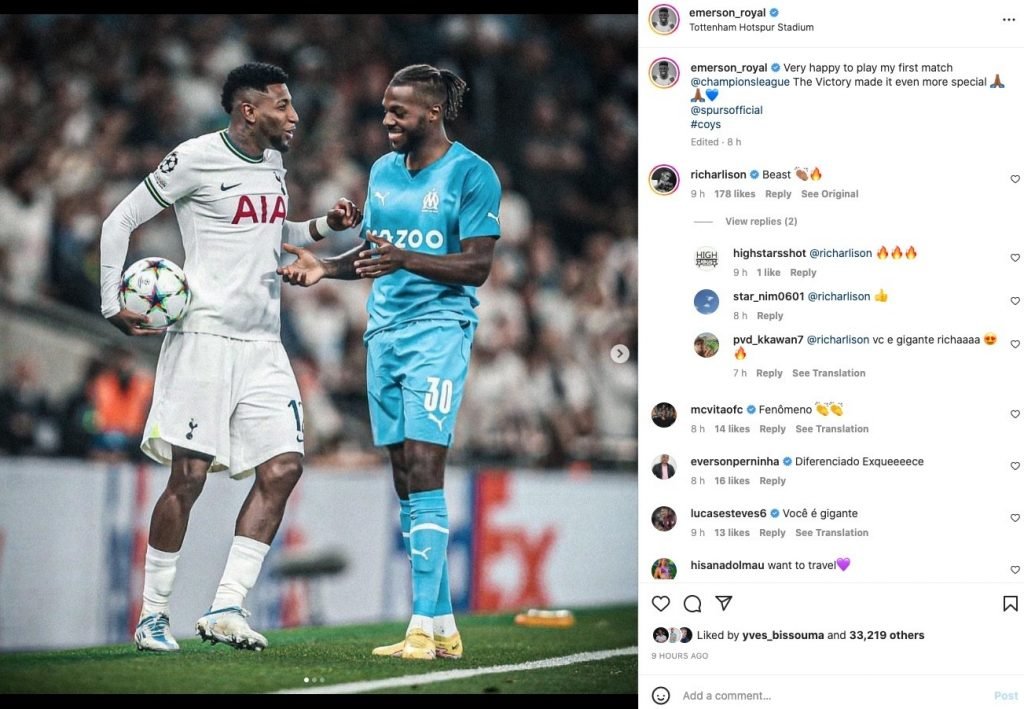 The Brazilian had a difficult debut season last time out under both Nuno Espirito Santo and Antonio Conte starting 26 games, but only managing to return one goal and one assist, despite playing as a wing-back a lot of the time, however, he appears to have won over the Italian boss having started in every game so far.

He appeared to put in a solid enough performance last night earning a 7/10 player rating from journalist Dan Kilpatrick, so that, along with what Richarlison has called him, should only see his confidence increase moving forward.

Emerson put up some decent number for a full-back last night managing to win the most tackles (four) out of any Spurs player and delivered one key pass (WhoScored), while also keeping a clean sheet, so it’s no surprise that Richarlsion was left impressed by the defender’s display.