Tottenham Hotspur: Gold claims he would be surprised if club did not go for Skriniar 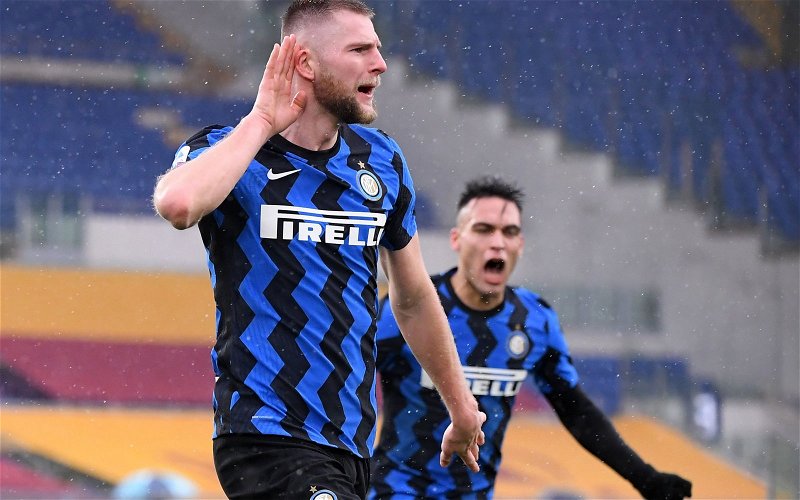 Alasdair Gold recently claimed he would be ‘surprised’ if Tottenham Hotspur did not go for Serie A star defender Milan Skriniar as it would make financial sense with his contract nearing its end.

The Lilywhites splashed a huge amount of money in the summer for the squad rebuild under Antonio Conte, bringing in the likes of Richarlison, Yves Bissouma, Djed Spence, Ivan Persisic, and Clement Lenglet to name a few, racking up to around £150m.

While they secured Lengelt, the centre-back role was one area the club failed to bring in a starting calibre player that Conte wanted, despite links to the Inter Milan star Alessandro Bastoni throughout the window.

However, in a recent appearance on his YouTube channel, Gold claimed he would be ‘surprised’ if Spurs did not make a move in the future for Skriniar as his move can save them money to use elsewhere in the squad.

Gold said: “Skriniar was very much one that [Jose] Mourinho was looking at. Didn’t seem to be as much of a player far up the list of defenders last summer. But he’s a good player, he’s a good player. I think when you’re looking at money being saved as well and being able to put it to other positions.

“You’d be surprised if they didn’t. But certainly, I haven’t heard any talk about him and Spurs recently, but yeah, financially it does make sense.”

TIF Thoughts on Skriniar to Spurs…

While Spurs currently sit third in the table with an unbeaten record, keeping clean sheets has been a problem for the club as they have only managed to keep two through their first seven games in the Premier League.

They need a defender who can sure up the back line alongside Cristian Romero and Eric Dier, but it is hard to see how Skriniar would do this when looking at his Fbref stats.

While the 27-year-old – hailed a “monster” by Eurosport journalist Siavoush Fallahi- is elite with the ball at his feet, ranking in the 98th percentile for pass completion and the 83rd for shot-creating actions, he leaves a lot to be desired on the defensive side of the ball.

Skriniar ranks in just the 28th percentile for tackles, 23rd for pressures, ninth for clearances, and sixth for interceptions. He would be a good signing if they had a stellar defence already, but considering they need to improve the area, we think they should look elsewhere.