That is the view of journalist Pete O’Rourke, who was speaking to This is Futbol about the latest news from St James’ Park.

Eddie Howe had been desperate to strengthen his striker department throughout the summer and got his wish when the club shelved out a fee in the region of £60m for Sweden star Isak from Real Sociedad. 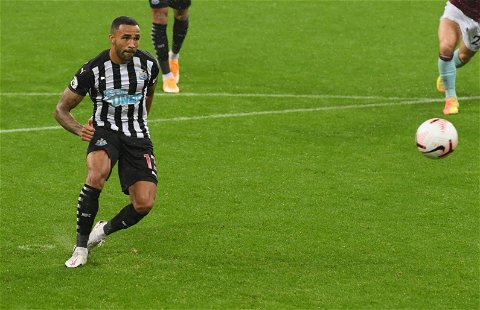 The 22-year-old’s arrival was perfect timing for the Magpies, as Wilson suffered a hamstring injury in the club’s thrilling 3-3 draw with Manchester City last month.

And O’Rourke believes that whilst Wilson’s absence is “a big blow” for the Tyneside club, Isak is a great option to have in the former’s absence.

He said: “Callum Wilson’s a goalscorer for Newcastle, so his absence has been a big blow.

“Isak has shown already in just two games what he can bring to this Newcastle team.

“He got that great goal against Liverpool and was unlucky not to score against Crystal Palace as well.

“It’s been an immediate impact from him, but yeah, great options to have for Eddie Howe, now that he’s got somebody like Isak who can come in and fit in if Callum Wilson’s never available.”

We believe that when Wilson is fit, the former Bournemouth man and Isak could form a deadly partnership at the top of the pitch for Howe’s side and could be a force to be reckoned with for Premier League defences.

The pair have racked up a total of 191 senior goals (Isak with 78 and Wilson with 113) throughout their careers according to Transfermarkt, suggesting that the pair both know how to hit the back of the net on a regular basis.

Therefore, we agree with O’Rourke, and when Wilson is fit, Howe will indeed have an excellent duo of options to pick from for that centre-forward spot.

Howe is also surely pondering fielding them at the same time once they are both available given their goalscoring prowess, so it’s no wonder that there is excitement over Newcastle’s frontline following Isak’s arrival.