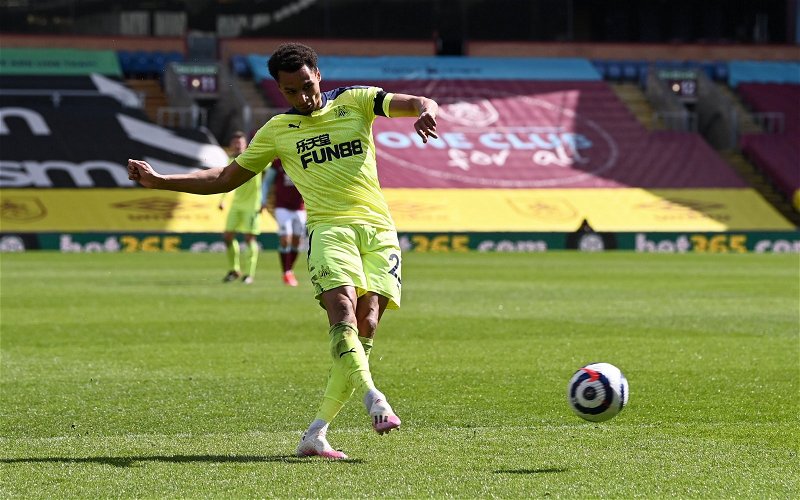 The Chronicle’s Aaron Stokes has slammed Jacob Murphy on the Everything is Black and White podcast for his recent performances for Newcastle United.

It’s safe to say that Murphy’s Newcastle career has never truly got going, with his best season in front of goal coming during the 2020/21 campaign where he registered five goal involvements, while he has even experienced two loan spells since joining in 2017.

The winger is firmly a reserve option at present and someone whose appearances consist of cup games and cameos off the bench, which is no surprise given his poor numbers when handed a chance – as this season, he’s failed to register a successful dribble or a shot on target. 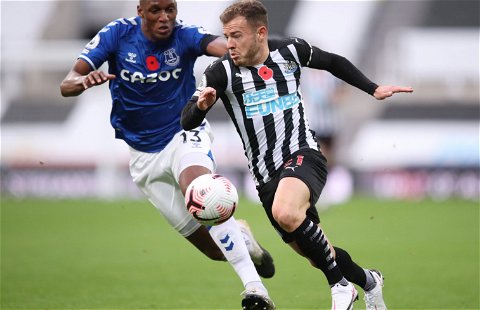 Stokes has seemingly had enough of Murphy and believes he’s on borrowed time with the Magpies.

He said: “I think Murphy, if I’m brutally honest, I think his time’s up.

“I wanted it to work out, it was the boyhood dream for him to come and light the Premier League up, but it just hasn’t happened and I think as I’ve just touched on before, he hasn’t got long left to prove his worth.

Does Murphy have a future at Newcastle? 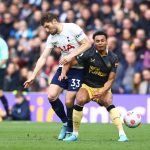 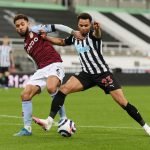 “We’ve been saying this for six months, he needs to step it up. He comes off the bench and I just don’t think he offers anything – doesn’t assist, doesn’t get a goal, he’s not a goal threat, doesn’t have that killer instinct.

“Mind you, it doesn’t look like Miggy and Fraser do as well, but I think out of the three of them, he’s just not bringing it and I think he’s on borrowed time at the club, if I’m honest. I think he’ll be on the cusp of one of those that are potentially on their way in January or next summer.”

Since making the move to his boyhood club a few years ago, Murphy just hasn’t been able to cut it on Tyneside, with just five goals in 113 appearances across all competitions. But with a contract keeping him at the club until 2027, he may be a difficult player to get off the books.

Murphy has been brought on as a substitute in every league game this season, racking up 80 minutes in total. However, he simply hasn’t been able to make an impact, and on Saturday, he was outshone against Crystal Palace by 19-year-old Elliot Anderson, who was taking on his man and offered more than Murphy in the same amount of time (as per FBref).

Given that new signing Alexander Isak can also play out wide if necessary and is already behind Ryan Fraser and Miguel Almiron in the pecking order, we agree that Murphy’s future looks almost certain to be away from Newcastle in the near future.