Newcastle United: Ben Dinnery claims Callum Wilson could be out until after international break

Injury specialist Ben Dinnery believes Newcastle United striker Callum Wilson could be left out until after the international break to give him more time to recover from his current injury.

The Magpies currently find themselves 11th in the Premier League table after six games so far this season but have already faced some fitness issues, with the likes of Wilson, Allan Saint-Maximin and Bruno Guimaraes already missing time due to injuries.

While manager Eddie Howe believes he could have two of these three back before their next game against West Ham United, Dinnery recently claimed in his latest appearance on the Premier FPL Injuries YouTube channel that Wilson is behind in his recovery from his hamstring issue. 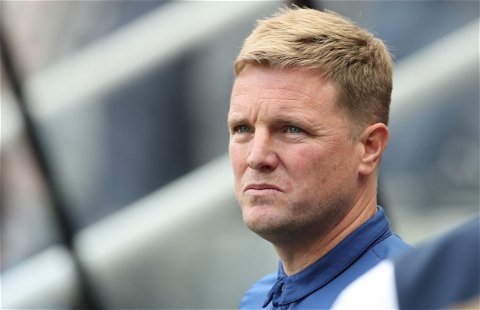 He also claimed the player could now be out until after the international break as Howe does not need to rush him back following the arrival of Alexander Isak, and could therefore risk leaving him out of the squad in order to give him more time to get back to match fitness.

Dinnery said: “Unfortunately, it looks as if Callum Wilson won’t be [involved against West Ham], he’s slightly behind with his own hamstring problem. However, the arrival of Alexander Isak – that eases a burden and eases the pressure on the Newcastle boss to throw him back in there.

“So, it may be gameweek eight for Callum Wilson. If not, if there are any concerns or any niggling doubts, then he may use that international break and give the striker an extra couple of weeks’ recovery time.”

Wilson has suffered with consistent injuries over the last few seasons, so giving him as long as possible to recover and get back to full health is going to be crucial for him and the team’s chances of perhaps getting into Europe this season.

Over the last two campaigns, he has missed 34 games in all competitions for the Magpies, mainly with hamstring issues, which is what has seen him miss five games already this season, according to Transfermarkt.

Luckily for Howe, star summer signing Isak has already taken well to life on Tyneside as he picked up a goal on his debut and showed glimpses of why he can be a suitable replacement for Wilson. This may suggest they can indeed rest Wilson for longer, which will only help their season in the long term, rather than rushing him back and risking another injury.