Aaron Stokes has claimed on the Everything is Black and White podcast that he expects Bruno Guimaraes and Allan Saint-Maximin to return for Newcastle United this weekend.

It has been a tough time of late for Newcastle, who have not won in the league since the opening day and have had to get on with things without star players such as Callum Wilson, Saint-Maximin and Guimaraes.

However, with a crucial home clash against Bournemouth coming up on Saturday, the Magpies will be hoping that some of their star players can return to help offer them a bit more going forward, and Stokes believes that the two of their high-profile absentees could make their long-awaited return. 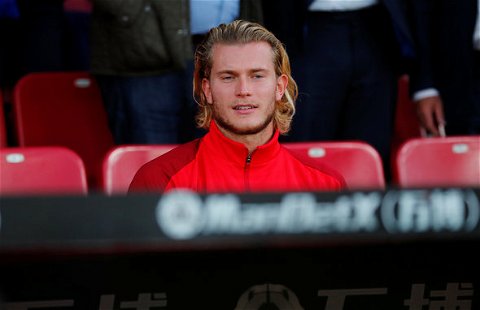 Stokes admits that he expects both Saint-Maximin and Guimaraes to return this Saturday.

Speaking on Tuesday, he said: “You would expect Bruno and Maxi [to be back]. The last we heard from Eddie Howe when we spoke to him a couple of weeks ago was that they were very, very close to making the game against Palace – obviously, neither of them were in the matchday squad, but the vibes that we got from Eddie Howe was that the injuries weren’t serious.” 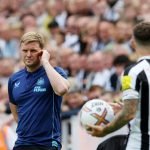 It would be a major boost for Newcastle and Howe if Saint-Maximin and Guimaraes could return to the starting lineup on Saturday, as the game against Bournemouth will likely be seen as a must-win for the Magpies given where their opponents are in the league and the fact they boast the worst defensive record this season.

Having someone such as Saint-Maximin doesn’t just make Newcastle a bigger threat when he has the ball – he’s dribbled into the final third the second-most times in the league this season (FBref) – but it will also allow more room for other players such as Miguel Almiron or Joe Willock to pick up pockets of space when Saint-Maximin is being doubled up on.

It’s notable that Newcastle’s only win came when the trio of Wilson, Saint-Maximin and Guimares all started together, as they did in their 3-3 draw against Manchester City, but since that game, the Magpies have managed to score just two goals and pick up the same amount of points, so having at least some of them return will be so important.