Newcastle United: Jacobs reveals why the club will struggle to sign James Maddison 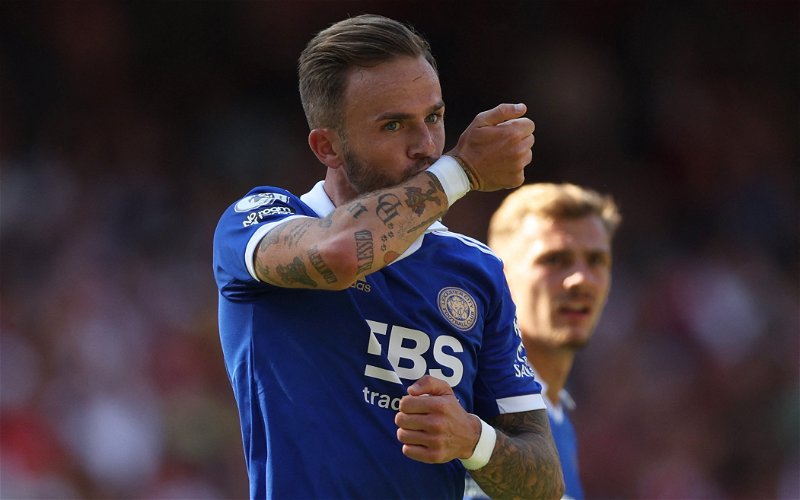 Newcastle United will struggle to bring in star midfielder James Maddison as his recent form and the club’s failure to push for Europe so far will give bigger clubs the chance to tempt the England international, according to Ben Jacobs.

Despite bringing in a lot of talent in the summer window with the likes of Alexander Isak, Sven Botman and Nick Pope coming through the door, they failed to sign a number of top targets like Hugo Ekitike, James Maddison, and Jack Harrison.

While they will still have the chance to go back in for some of their targets in January or even the summer, Jacobs believes they will struggle to bring in one of their top ones in Maddison. This is because the club are not looking likely to push for Europe and Maddison’s form could attract Champions League clubs like Tottenham Hotspur.

Jacobs told NUFC Matters, “I’d be surprised if [James] Maddison joins Newcastle now. I think that the opportunity was there over the summer, Newcastle obviously chose not to raise their bid, and thus no serious conversation ever took place.

“And what Newcastle may struggle with is that unless results pick up because the effectively mid-season break comes early due to the World Cup, if they’re not in a position where European football looks likely.

“And James Maddison continues to be Leicester’s best standout player, then he’ll either know that there’s other interests coming in January, or he can hold out until the summer, at which point I will be staggered if he replicates what he did last season this season. And even though Leicester are rock bottom of the table, Maddison has still scored three Premier League goals in six games.

“So, he’s on pace for what he did last season, there will be a club with Champions League football, in my opinion, or certainly Europa League football, that will want James Maddison. And that’s when Newcastle are going to struggle to persuade Maddison to join over, let’s say a Tottenham unless in January or in a year’s time, they’re in a stronger position in the table.”

If the Magpies are to challenge the top six they are still going to need a lot more talent in the squad as they have struggled to beat the likes of Bournemouth, Crystal Palace, and Wolves so far this season.

Maddison, who has already been tipped as PIF’s ‘top’ target for January, would be the perfect signing for Newcastle as he is a Premier League-proven who is capable of picking up 20 goals and assists in the league, as he did last season. He is also still just 25 and, therefore, can be one of their main stars for the foreseeable future to build their squad around.

However, with their current form and the potential of a team like Spurs interested, it would be more beneficial for Maddison to move to the London club rather than to Tyneside. The Magpies should do whatever they can to convince Maddison to join, but right now it makes far more sense for him to join Spurs. Newcastle should have done whatever they could have to sign him this past summer, they may have missed their chance entirely.