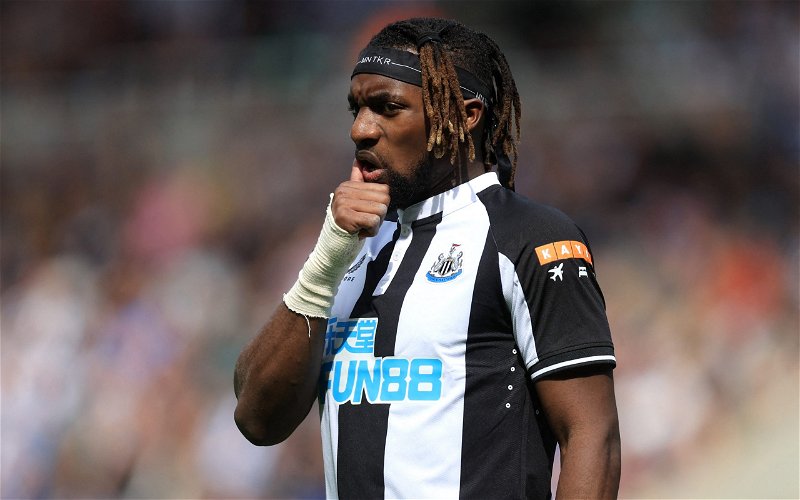 According to Sky Sports contributor, Ben Dinnery, Newcastle United’s star winger Allan Saint-Maximin is unlikely to start this weekend despite rehabbing in Monaco and training individually this week.

The Magpies are slowly rebuilding their squad under Eddie Howe by bringing in the likes of Alexander Isak, Bruno Guimaraes, Sven Botman, and Nick Pope to name a few, but they are still heavily reliant on some older faces like Saint-Maximin so far this season.

The Frenchman missed their last game where they drew 0-0 with Crystal Palace after having a controversial goal ruled out in the second half, and it looks like they would be set to face Bournemouth this weekend with him again. 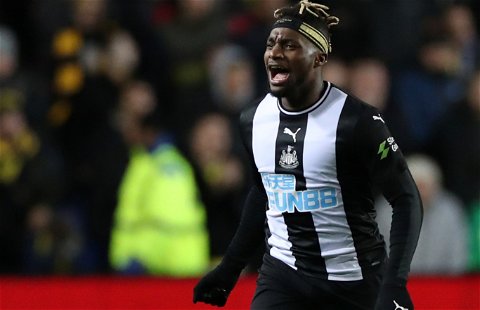 Dinnery revealed this on the Premier FPL Injuries show as he stated despite recovering in Monaco and training individually this week, there is a doubt he is going to be able to start for the club this weekend.

He said, “A lot of questions with regards to Allan Saint-Maximin. He has been rehabbing in Monaco, but he is back on Tyneside again. He was working indoors individually. And at the minute his availability certainly for a starting berth is highly questionable”. (4:14)

The Magpies are going to struggle this season if Saint-Maximin misses substantial time, outside of him they only have Alexander Isak who can be relied upon for goals, and he is still new to the Premier League.

Callum Wilson’s fitness is not reliable and therefore they will need ASM to get back to full health as soon as possible or run the risk of falling out of the top ten. Saint-Maximin has already picked up one goal and two assists in the four games he has played and they haven’t been able to pick up a point without him this season.

Luckily for them, they are set to face Bournemouth this weekend who have recently lost their manager Scott Parker and the international break after. This gives ASM the time he needs to fully recover, which they will need as they face the likes of Brentford, Manchester United and Tottenham Hotspur in their next five games when they return.