Ben Jacobs has been speaking on The Done Deal Show about how Jurgen Klopp still hasn’t lost the Liverpool dressing room.

Liverpool have not enjoyed a good start to the season winning just two games and one against Newcastle United required a 98th-minute winner and are now fresh off the back of a 4-1 Champions League defeat at the hands of Napoli.

Klopp is now into his seventh season at Anfield and has overseen both Premier League and Champions League victories, something that hadn’t been seen for years on Merseyside, however, his side simply isn’t performing well enough this season, although the players don’t seem to have lost faith in the German yet, according to Jacobs. 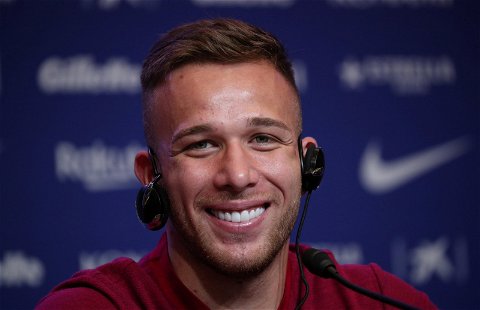 Despite all this concern around Liverpool and their form, Jacobs believes that Klopp hasn’t yet lost the dressing room.

“Klopp is seen as integral, he’s a clear part of the recruitment model and the ownership structure and he hasn’t lost the dressing room. There’s an appreciation at Liverpool that they’ve been hit hard by injuries and they are in a little bit of a transitional phase.

Is Klopp close to being sacked?

“They’ve lost Sadio Mane, Darwin Nunez has come in and a youngster that’s had good game time such as Fabio Carvalho who may prove to be important, you’ve got [Luis] Diaz who I think is going to be a fantastic player this season. Only played 13 times last season, scored four goals and played six games this season, got three goals so there’s a lot still building at Liverpool.”

It would be very left-field thinking by some if they were to suggest that Klopp is close or even on the verge of being sacked by Liverpool given how he’s helped turn the club around in the seven seasons he’s been at the helm.

Klopp has managed to bring in players who have now arguably become world-class such as Virgil van Dijk, Alisson, Mohamed Salah and Sadio Mane, although the latter has now departed, but it highlights how crucial Klopp has been at Anfield.

Given what Klopp has achieved and built at Liverpool over the years it would make sense that he has some credit in the bank for when things go a little bit sour, however, he will know that this sort of form can’t continue for much longer if they wish to be title or even just top four challengers.