Tottenham Hotspur: Discussions may have been held about Harry Kane’s future 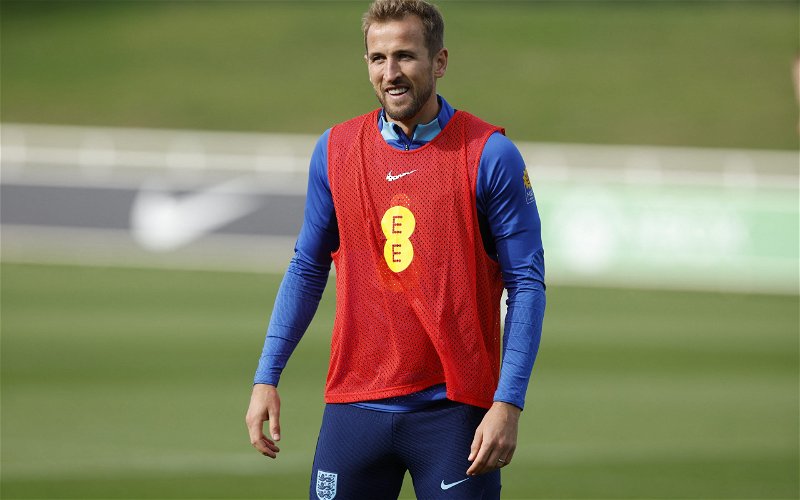 Tottenham Hotspur may have had discussions behind the scenes about potentially tying Harry Kane down to a new contract.

That is according to journalist Pete O’Rourke, who was speaking to This is Futbol about the latest news from the Tottenham Hotspur Stadium during the international break.

Kane, who has been described as the “complete striker” by his manager Antonio Conte, has been the subject of plenty of transfer interest over the past two summer transfer windows, with Bayern Munich being the most recent club vying for the England captain’s future.

And according to 90min, Spurs are now concerned about the Bundesliga giants’ interest in the Premier League’s third all-time top scorer, although both Kane and the Lilywhites remain open to fresh contract talks.

O’Rourke believes that discussions will have taken place in the background about the potential of Kane signing a new deal in north London.

“I would imagine there’s been discussions behind the scenes to see what Harry Kane wants to do, and what his current situation is.

“Will he sit down and have talks?”

We believe that it has now become a matter of urgency to secure Kane’s future at the Tottenham Hotspur Stadium, with England’s second all-time top scorer now in the final two-years of his contract with Conte’s side.

The 73-time England international’s goalscoring record speaks for itself, with the Spurs man having already scored six goals and one assist in just seven Premier League appearances this season, according to Transfermarkt.

Therefore, we think that the main priority for Fabio Paratici and Daniel Levy should be a focus on presenting Kane with a contract that is likely to keep him at the club for the remainder of his career, or risk losing him for a cut-price next summer.