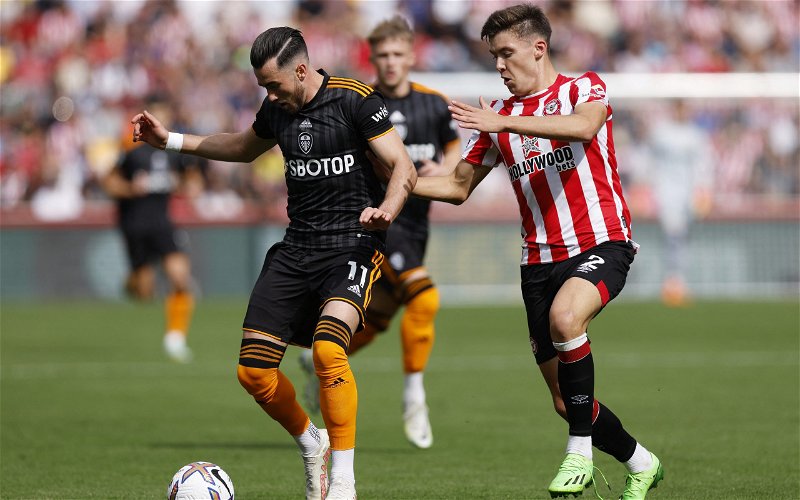 Leeds United are expected to offer Jack Harrison a new contract ahead of the January transfer window.

That is according to transfer insider Dean Jones, who was speaking to GIVEMESPORT about the latest news at Elland Road.

Harrison was the subject of interest from Newcastle United throughout the summer, who were rumoured to have made a £35m bid to the Whites for the 25-year-old’s services in August according to Foot Mercato, with Jesse Marsch’s side turning the bid down.

But according to 90min, Leeds are hoping to agree a new deal with the former Manchester City man before the close of the year, with the wide man’s contract expiring in 2024.

And Jones believes that the club will definitely offer Harrison a new deal in the near future, in order to avoid him leaving for a cut-price fee next summer.

“When Newcastle were linked with him, I was constantly told it would not happen as he was too highly rated, and now I’m being told that we should definitely expect a new contract in the next two months or so,” Jones told GIVEMESPORT.

We think that Leeds fans would be delighted to hear that the club have every intention of offering Harrison a new contract, in order to end speculation over the winger’s future.

The Stoke-on-Trent-born wide man, who has been described as “irreplaceable” by James Marshment, has been an integral part to Leeds’ attacking play this season, scoring one goal and providing three assists in just six Premier League games according to Transfermarkt.

Therefore, we think that Marsch will be desperate for the club to get Harrison’s future tied up as quickly as possible, so the wide man can be fully focused on the on-pitch matters.