Leeds United: Club would like to keep on top of Cody Gakpo situation 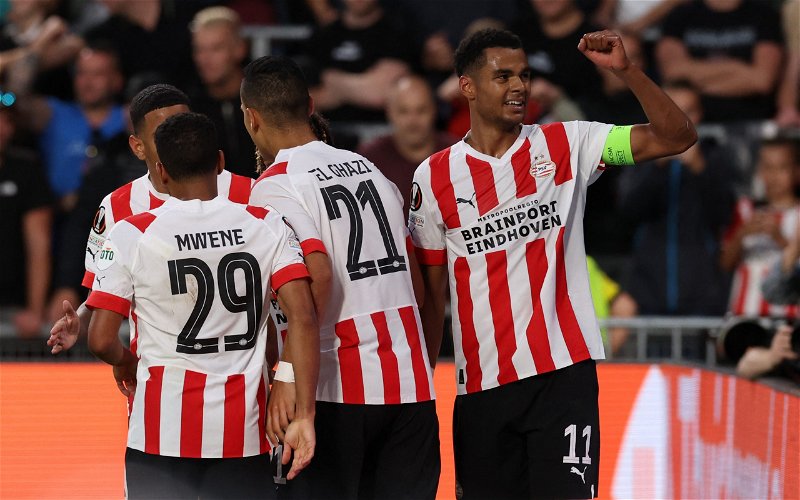 Leeds United would like to keep on top of the situation regarding transfer target Cody Gakpo at PSV Eindhoven.

That is according to transfer insider Dean Jones, who was speaking to GIVEMESPORT about the latest news from Elland Road ahead of the international break.

Jesse Marsch’s side had already agreed personal terms with the player towards the end of the summer transfer window according to Fabrizio Romano, but PSV rejected the Whites’ offer, with the player staying in the Netherlands following the conclusion of the window.

The same reporter also stated that Netherlands manager Louis van Gaal had advised the 23-year-old to remain in the country ahead of November’s World Cup in Qatar.

But Jones believes that Leeds would like to keep in the loop about the winger’s situation, ahead of the January transfer window.

“I’m not sure talks are happening right now, but it’s a situation they would like to remain up to date with as he is one of their top targets, I believe,” Jones told GIVEMESPORT.

We believe that Leeds should be going all out to secure the signature of Gakpo, when the opportunity arises again in January.

The seven-time Netherlands international, who has been described as “electric” by journalist Josh Bunting, has enjoyed a stunning start to the current campaign, scoring ten goals and providing nine assists in just 13 appearances for the Dutch giants this season, according to Transfermarkt.

This would suggest that the Eindhoven-born winger has perhaps outgrown the Eredivisie now, and we believe that Elland Road would be the perfect stomping ground for him to adapt and begin to ply his trade in the Premier League.