Leeds United manager Jesse Marsch may soon look to involve Sonny Perkins in the first team, it has been claimed.

At the start of the summer, the 18-year-old joined the Whites on a three-year deal having seen his contract expire.

Since then, it had taken Perkins no time at all to assert himself as one of the club’s most exciting prospects. Indeed, he has netted in every Leeds U21 match he has played in so far, with a stunning tally of six goals in five games. 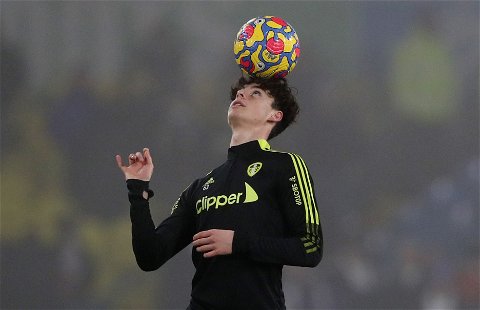 While talking about the player on The West Ham Way podcast, noted insider ExWHUemployee lamented the fact that the Hammers had let the teenage star leave and claimed that Marsch may have him involved at senior level soon.

Ex said: “He has apparently been on absolute fire for Leeds in their academy – to the point where their manager is now thinking about starting him, or certainly involving him with the first team.

“So I hope we haven’t dropped a clanger here by letting him go, but I guess time will tell on that one.”

Perkins recently scored three times in a 6-0 win over Georgia for the England U19 team. Incredibly, this comes just days after he netted on debut for the youth side against Montenegro.

Such impressive feats left journalist Will Jackson little choice but to dub the teenager a ‘goal machine’ in a recent tweet, and it does look as though West Ham may well have ‘dropped a clanger’ by letting him go for free.

No doubt, Perkins would have joined Leeds with the intention of soon breaking into the first team despite his tender age. And while he is yet to do so, it sounds as though this could soon change.

Going off his recent form, it would be hard to argue against Marsch if he was to hand out a debut to the talented youngster in the coming weeks, despite only buying fellow young striker Wilfried Gnonto this summer. 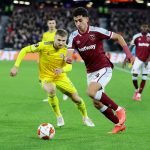