In the Premier League this weekend, the Whites travelled away down to London as they looked to continue on what has been a solid start to the new season.

However, they got off to a slow start against Brentford, as a brace from Ivan Toney gave them a mountain to climb. Luis Sinisterra did pull one back right on halftime. Even so, Toney then put the nail in the coffin for Leeds United as he completed his superb hat-trick with a fine solo goal.

Shortly after that, Marsch seemed to lose his temper over what he thought should have been a penalty for a foul on Crysencio  Summerville by Aaron Hickey.

Harris pointed out as much on Twitter, while also revealing pitch-side footage of the whole incident. He wrote: “Jesse Marsch going crazy on the touchline because he thinks Leeds should have a penalty for a foul on Summerville by Hickey. Annndddd now he has been sent off.” 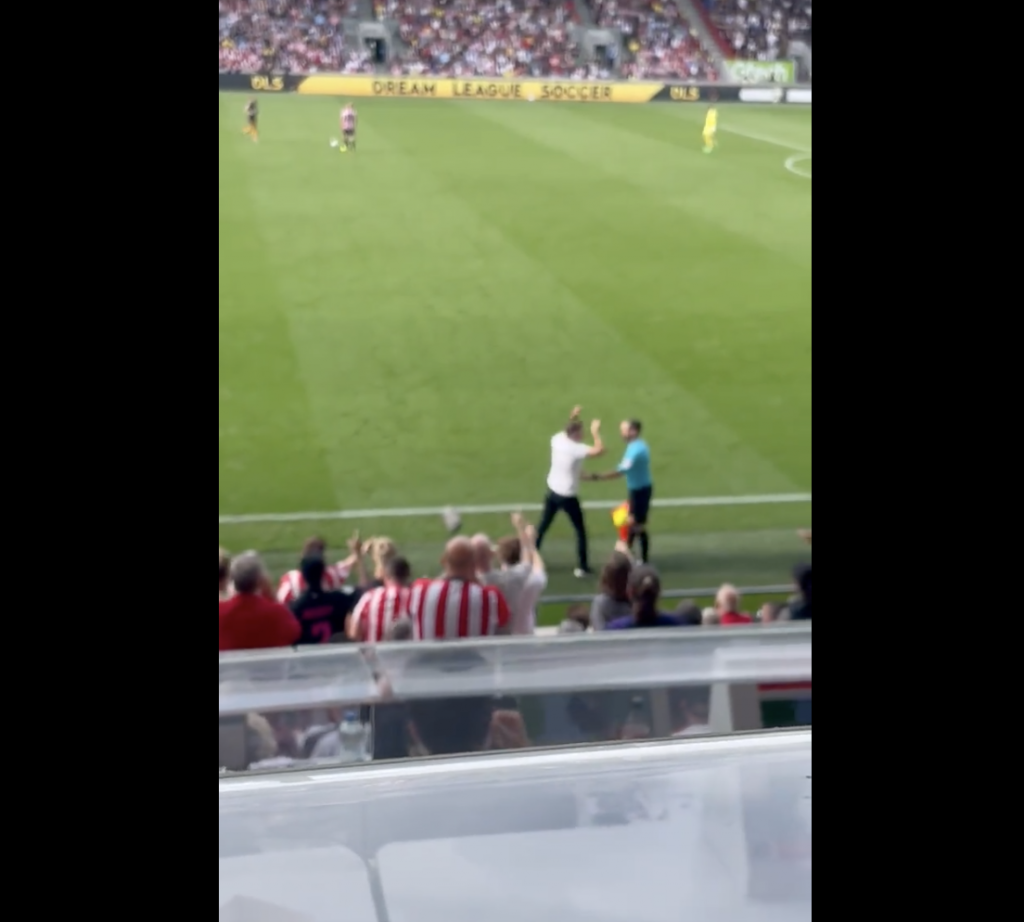 And the referee certainly seemed to agree with that verdict as he didn’t take long before sending the Leeds manager straight off for his pitch-side antics.

As this isn’t even the first time Marsch has been involved in some drama on the sidelines this season – having exchanged heated words with Wolves boss Bruno Lage recently – he may well have to calm down sooner rather than later.