In the latest round of Premier League fixtures, the Whites made the trip down to London as they faced Brentford away from home.

The hero of the day, however, was Ivan Toney who showed his quality with a fine hat-trick that was enough to see off Leeds who fell to a 5-2 defeat – despite scoring though Luis Sinisterra and Marc Roca.

After conceding so many goals, it’s no surprise that the defence was singled out for criticism. Indeed, in his player ratings for LeedsLive, Cross gave centre-back Llorente a stunning 2/10 for his efforts and added that he was ‘bullied’ on the day.

“Still committing minor errors and making simple tasks look like climbing Everest. Hugely culpable in the third goal. Bullied by Toney and didn’t read the run for the fourth. Pitiful for the fifth goal.” 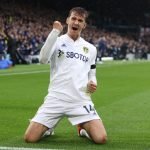 Llorente was also the lowest ranked playing on SofaScore, picking up a 5.10 score in a game where he made one error leading to a goal, was dribbled past twice (joint most for Leeds), lost possession 12 times, made two fouls and completed just 79 per cent of his passes.

Now into his third Premier League season with the Whites, higher standards will no doubt be expected of the Spaniard but it’s hard to defend a performance like that.

Still, considering the antics of his manager – who was sent off – perhaps some of the focus will be taken away from Llorente, which is fortunate after such a ‘pitiful’ display.