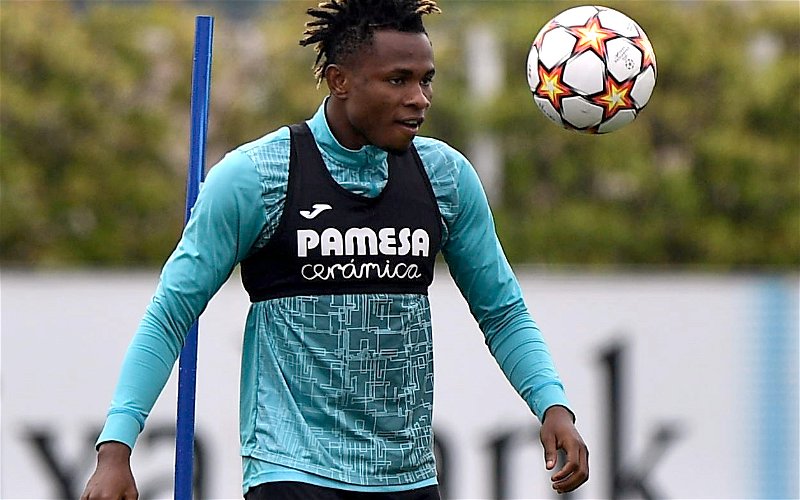 Everton could look to the signing of Villarreal and Nigeria winger Samuel Chukwueze this deadline day.

That is according to insider Dean Jones, who was speaking to This is Futbol about the Toffees’ potential transfer business on the final day of the transfer window.

According to the Daily Mail, Frank Lampard’s side are keen to add Chukwueze to the squad before the transfer deadline on a loan deal which could include an obligation to buy for a fee of up to £42.9m.

The same report suggests that Everton have approached Villarreal about the availability of the winger as the club look to strengthen their forward options.

And Jones believes that the signing of the 23-year-old is an option for the Toffees this summer.

He said: “I mean, Chukwueze is an interesting one. He’s been linked.

“Chukwueze plays primarily off the right, but he can be flexible across the frontline, and I guess that’s an option.”

We believe that Everton fans would be incredibly excited over the prospect of Chukwueze playing for the club this season, with the Villarreal man likely to be a first-team regular.

The 24-time Nigeria international, who has been described as “lethal” by journalist Babatunde Koiki, primarily played on the right wing last season, scoring seven goals and providing three assists in 38 appearances according to Transfermarkt.

We believe that Chukwueze would add a different dynamism to Lampard’s frontline, with his pace and semi-regular goal output from the wing, and therefore we believe that the hierarchy at the Merseyside club should be doing their best to get this deal over the line before the window shuts.