Robbie Mustoe has been singing the praises of Demarai Gray on The 2 Robbies podcast following Everton’s first win of the campaign.

Frank Lampard watched on from the sidelines as his Everton side picked up a much-needed first win of the season giving them some real momentum and positivity heading into the international break.

Neal Maupay’s first goal for the Toffees was enough to pick up all three points and steal the headlines, but Mustoe kept a lot of his praise for winger Demarai Gray who put in a 7/10 performance according to journalist Chris Beesley.

Mustoe believes that Gray is often an unsung hero but believes he is now important for Everton moving forward.

(49:40) “I thought Demarai Gray particularly today should earn that tag of underestimated performer, closely behind him, by the way was Frank Lampard, I’m going to go with him, given how he’s turned the club around slowly but surely, but I just thought Demarai Gray demanded a mention. 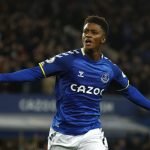 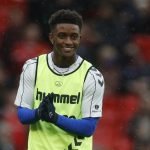 “I think he won Man of the Match in the stadium today [vs West Ham] and he’s just a player who doesn’t often get the headlines, but I think he’s a lively, effective, really important part of Everton going forward.”

When Gray was signed by former manager Rafael Benitez for just £1.8 million from Bayer Leverkusen, it appeared to be a bargain at the time for that small of a transfer fee and he certainly hasn’t disappointed with 13 goal involvements across all competitions for an Everton side that largely struggled during his first season.

Indeed yesterday for Everton’s winning and only goal of the game, it was Gray’s movement towards the touchline which freed up the space for Alex Iwobi to run into and ultimately tee up Maupay for the strike, proving that he certainly is underrated in terms of the work he does for the team.

The stats also don’t lie with the winger ranking second when it comes to key passes and top for both goal and shot-creating actions within the Everton squad, which just highlights how important he already is for this Toffees side.