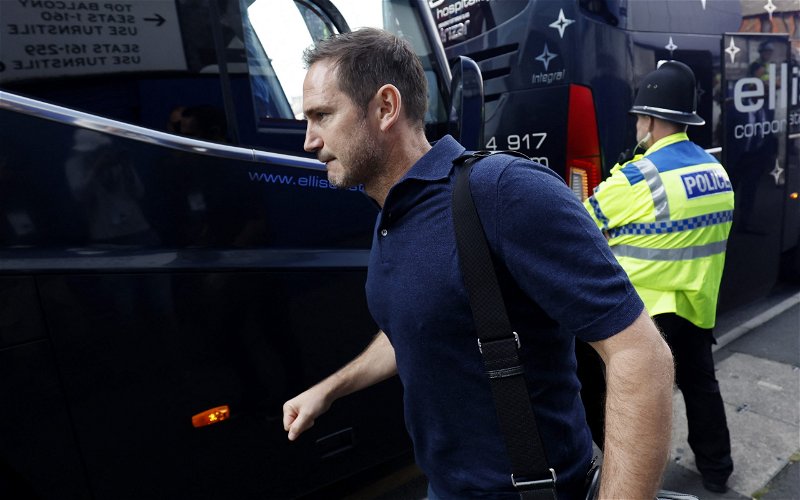 Paul Merson has admitted in his latest Sportskeeda column that he’s impressed by Frank Lampard’s work at Everton.

That line may well come as a shock to a lot of people considering that Everton only survived on the penultimate day of the season last time out and thus far, the Toffees are yet to win a league game under Lampard.

This is also despite spending £70 million on new signings, although a lot of that was from cash brought in from last season’s top scorer Richarlison being sold to Tottenham Hotspur for a mammoth £60 million.

Despite their winless start to the season, Merson has admitted he’s been impressed by Lampard during his time at Goodison Park.

‘It might sound ridiculous, but I appreciate what Frank Lampard has done as Everton manager so far. They are getting harder to beat and he’s got his team working hard, which is only a good sign. Everton got a great result against Liverpool in the Merseyside derby – they just have to hang in there and keep fighting it out to get points on the board.’

When Lampard took over Everton they were four points above the drop zone and had a game in hand on the teams below them but in the end, it required a final home win of last season to ensure that they would be playing Premier League football once again.

So, based on that, it is quite bizarre that Merson admires Lampard for what he’s done at Goodison Park, especially when they are only sitting outside of the relegation zone on goal difference but still one of just two teams yet to win in the league.

However, given that he has lost last season’s top scorer in Richarlison and other main striker Dominic Calvert-Lewin has only started 15 league games since the start of last season if Lampard can keep them in and around safety after the World Cup, they could well avoid the drop once again.