Dan Cook has revealed on the HLTCO podcast that he wants to see Crystal Palace youngster Billy Eastwood succeed at Selhurst Park.

Eastwood will likely be well-known to many Palace fans for his prominence in the club’s recent TV series looking at their academy players and the struggles they go through to try and make it at the top of the footballing pyramid.

The teenager is a young goalkeeper plying his trade in Palace’s youth ranks, which will already be a dream considering he’s a lifelong Eagles fan, so it’s also no surprise as to why Cook is so keen for the youngster to make the grade in SE25. 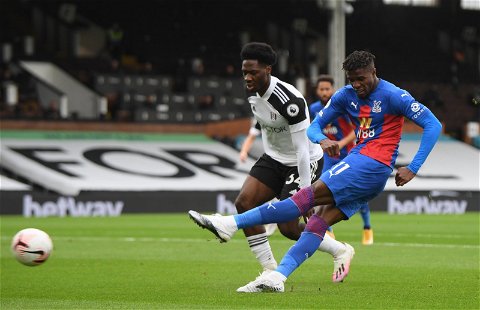 After watching the academy series which featured Eastwood, Cook has admitted that he is desperate to see the youngster succeed.

He said: “I often say this – if you’re a young centre-back or if you’re a young ‘keeper, you make one high-profile error, and all of a sudden it leads to a goal and you are blacklisted to an extent, whereas if you are a winger or a striker, and you lose the ball in the final third or you miss a chance, you can sort of shake it off and another one will come along.

“So it is far more difficult for players in a high-risk defensive position to make their mark and really progress, but I think I speak for every single Crystal Palace fan here when I say that I am desperate for Billy Eastwood to have a professional career – hopefully with Crystal Palace, but if not, in the game in general, because he deserves it and he really does have a true dedication to his craft.”

While plenty of Palace fans will likely be familiar with Eastwood, it will likely still be a long time before he’s making any sort of impact on the first team at Selhurst Park given he’s still plying his trade with the Under-18s.

However, given the calibre of players that have come through the club’s ranks over the last few years such as Aaron Wan-Bissaka, Tyrick Mitchell, and more recently, current Charlton Athletic loanee Jesurun Rak-Sakyi, fans can be confident that Eastwood has every chance of making the grade.

It may also work in his favour that he is so young, as anyone trying to break into the first team between the sticks right now will be met with fierce competition from Vicente Guaita and Sam Johnstone, so Eastwood likely wouldn’t have much of a chance, but in the future, he could yet be lining up as Palace’s No 1.