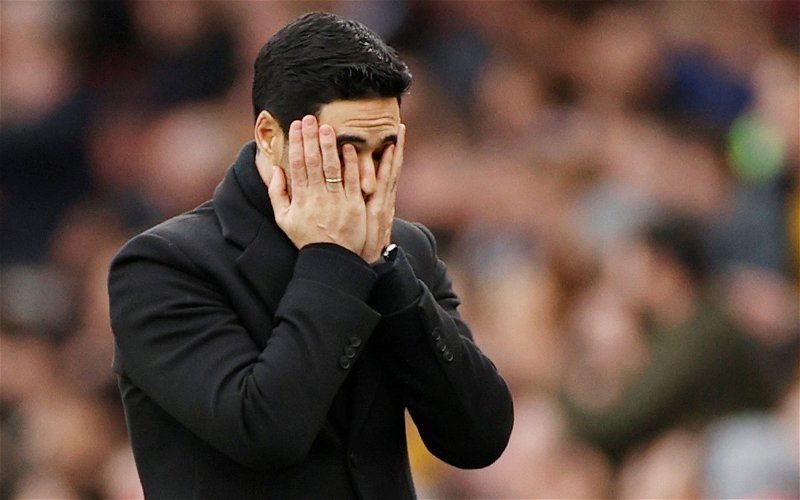 Footage from the Arsenal game on Sunday shows that VAR may have made a key error that proved very costly in the end.

Over the weekend, the Gunners looked to maintain their perfect start to the new Premier League season, but things didn’t quite go their way.

Indeed, facing old foes Manchester United, Mikel Arteta’s men fell to a 3-1 defeat as Antony scored on his debut and Marcus Rashford got two after Bukayo Saka had levelled the scores.

However, things could have been very different had Gabriel Martinelli’s first-half strike not been ruled out for a marginal call by VAR.

Indeed, only upon review, Martin Odegaard was adjudged to have fouled Christian Eriksen when he won the ball in the middle of the park before Saka fed Martinelli to score for what would have been the opener.

Footage shared on the Sky Sports YouTube channel shows just how tight the call was, with the referee initially not deeming anything to be wrong with the challenge.

Did you think this was a foul? 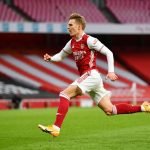 TIF Thoughts on the VAR call and Arsenal…

Considering this would have given Arsenal a lead – something they never managed to claim during the match – it certainly was a huge turning point in the match.

And when you look at the similar way in which Youri Tielemans win the ball for Leicester City’s first goal against Brighton and Hove Albion in a Premier League game that took place on the same day, it’s fair to say there’s not much difference between that challenge and Odegaard’s.

Even so, in front of a packed Old Trafford, the officials decided to hand Manchester United the decision, making yet another controversial call on a weekend full of mistakes from VAR.