Journalist Stephen McGowan was left unimpressed by Rangers‘ Alfredo Morelos over the weekend, claiming on The Press Box podcast that the striker looked overweight.

Morelos managed to make his comeback from a long-standing injury over the weekend as Rangers maintained their unbeaten start to the season with a comfortable 2-0 home victory, which also saw their striker find the back of the net despite only playing just over 25 minutes.

The Colombian international was handed an Ibrox return at the weekend as he looks to build up his match fitness after spending several months on the sidelines, and it appears to have taken its toll on the striker physically. 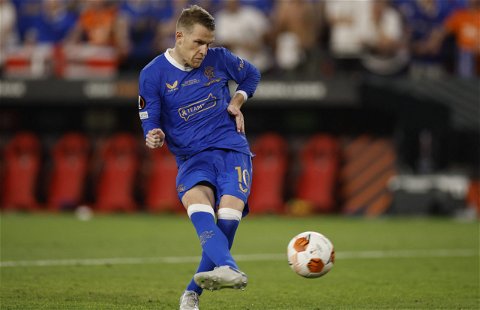 After emerging onto the pitch as a second-half substitute, Morelos was seemingly overweight, according to McGowan – who wondered whether his inclusion in this week’s crunch Champions League qualifier was up for debate in the mind of Giovanni van Bronckhorst.

He said: “For me, he still looks overweight; I don’t have his medical records in front of me. I think there’s clearly still work to be done in terms of his fitness and that’s going to be a real issue for Giovanni van Bronckhorst to consider – is he fit enough to go in there and do this [start on Tuesday night in Champions League].

Should Morelos start vs Saint-Gilloise? 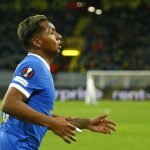 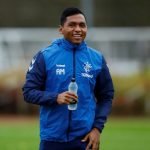 It’s a fine balancing act for Van Bronckhorst when it comes to Morelos and his fitness, having not played much football at all recently, but given Rangers’ need to overturn a two-goal deficit in the Champions League, he may have to be thrown in at the deep end.

However, if Morelos isn’t ready or at the level required, having him on the pitch could perhaps be a hindrance in what is already a very important game in Rangers’ season. And considering he’s apparently overweight, the striker may be better off appearing off the bench as an impact substitute.