Wolves: Old Gold believed to have made ‘attractive’ offer for Craig Dawson

Sky Sports reporter Dharmesh Sheth has revealed that Wolves have already made a personal offer to Craig Dawson ahead of a proposed move.

David Moyes admitted that he is unsure what the future holds for his 32-year-old defender after light was shed on his gruelling personal commute from Manchester to Rush Green.

West Ham United insider ExWHUemployee has claimed that the Englishman has held discussions with Moyes over his future amid a reluctance to relocate his family with just one year left on his contract, despite his love for the club.

Wolves may look to take advantage of the situation, with a return to the Black Country plausible for the former West Brom centre-back, as revealed by Sheth.

“Wolves and Aston Villa are thought to be interested. We think Wolves have already made an offer for him.

“One source has told me it might even be a three-year deal, which is quite attractive for Craig Dawson, but the main attraction for him is that he wants a return to the Midlands to be closer to his family.”

TIF Thoughts on Dawson to Wolves…

Would Dawson be a good signing for Wolves? 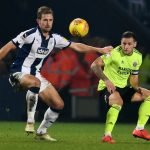 The experienced head of Dawson could certainly replenish what has been lost from Conor Coady’s departure to Everton, and with Willy Boly seemingly headed for Nottingham Forest, Bruno Lage’s backline is arguably still in need of bolstering.

The Portuguese coach would be left with the recognised pairing of Max Kilman and summer arrival Nathan Collins, while Toti – who has made just four Premier League appearances – and Yerson Mosquera (zero) are alternatives.

Dawson made 4.1 clearances per game last term, which was more than all but one Wolves player in Romain Saiss, and with 238 English top-flight matches to his name, he could prove a very shrewd pick-up for the Molineux outfit.