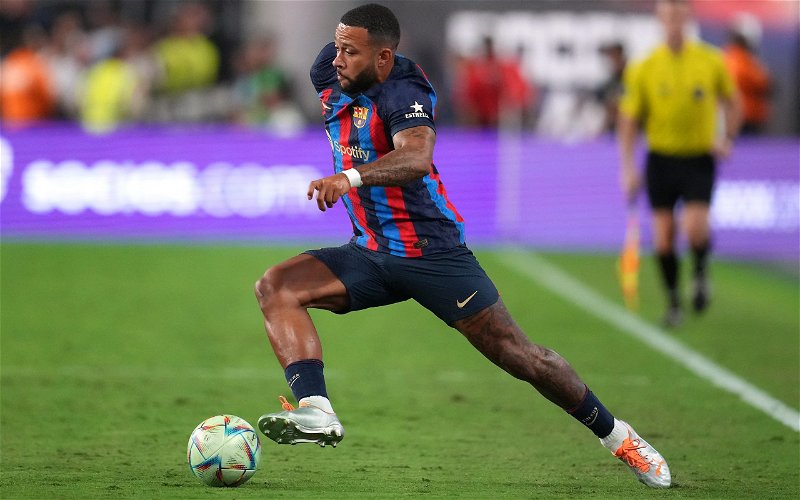 That is according to Dean Jones, who was speaking to This is Futbol about the club’s potential transfer business going into the final weeks of the transfer window.

David Moyes’ side had been linked for a move for Depay through sources in Spain in May, but nothing has come of the transfer as it stands.

The 28-year-old has previously played in the Premier League, spending almost two years at Manchester United between 2015-17, in an underwhelming spell in which the forward scored just seven goals in 53 appearances, according to Transfermarkt, after having signed for the Old Trafford club for £31m.

And Jones believes that the Irons don’t need a player like Depay right now, although they do need to start signing players from “the next tier up.”

“I’m not sure that West Ham need a player like Memphis right now.

“I think that they’ve built a really good model and there’s no doubt they need to sign a couple of players from the next tier up, if they’re going to actually continue to compete for European football.

“But you’ve got to be really careful about the profile of a player that you’re signing when you’ve had so much momentum building up at a club like West Ham.”

We agree with the opinion of Jones, and believe that Moyes would be better off avoiding the signing of Depay, and looking for younger and hungry talent for the club this season.

The 80-time Netherlands international scored 13 goals and provided two assists across 38 appearances for Barcelona last season according to Transfermarkt, showcasing a decent but unspectacular record in La Liga last season.

Therefore, we believe that Moyes should set his sights elsewhere for a forward player, rather than somebody who has already struggled in the Premier League on his last attempt.