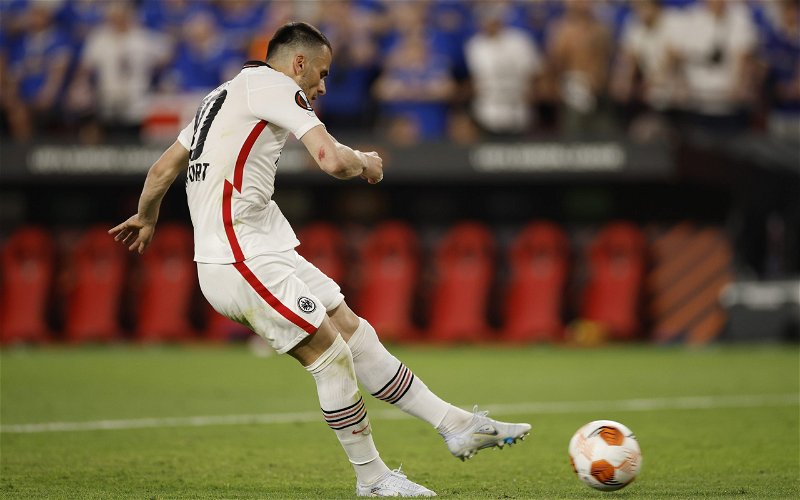 Dean Jones has claimed that West Ham were ‘never especially worried’ about signing a back-up option if they couldn’t get a deal done for Filip Kostic this summer.

According to Fabrizio Romano, Kostic did not accept West Ham’s proposal regarding personal terms, and now looks set to join Juventus this summer.

Speaking to GiveMeSport about Kostic, Jones said: “Because there are quite a lot of left-backs of that type available in this window, I was told that they were never especially worried about signing a back-up if they didn’t actually get Kostic.”

Meanwhile, the London club turned their attention to Burnley winger Maxwel Cornet, who can also play left-back. The Hammers welcomed the Ivorian for a reported fee of £17.5 million ahead of the new Premier League campaign.

Cornet impressed at Burnley last season, scoring nine goals in a Burnley side which eventually suffered relegation to the Championship. He comes in and instantly fills in a number of positions for the Hammers. If they need him to play on the wing, he can do just that, whilst also having the ability to play left-back if the absence of Aaron Cresswell occurs.

Whilst Kostic is an excellent player, who managed 22 goal involvements as a full-back last season, Cornet is not a bad alternative for West Ham. He is Premier League proven, and managed to perform in a poor Burnley side last season.

It comes as little surprise that West Ham were not concerned about finding an alternative for Kostic, as Jones states, with the likes of Cornet always readily available. The former Burnley man played full-back just once for the relegated club last season, but, it is worth noting that he spent 24 games at full-back for Lyon in the season prior.