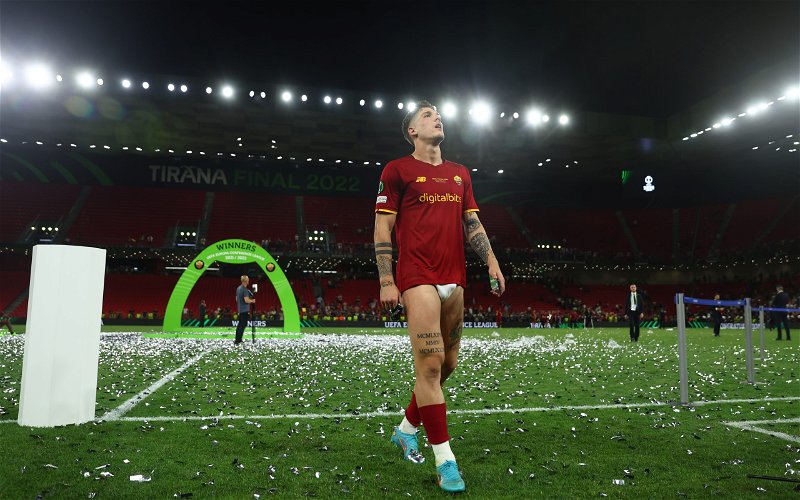 According to journalist Ben Jacobs, Tottenham Hotspur could swoop for Nicolo Zaniolo this summer, as his club would let him go – though he could cost Spurs over €50m (£41.8m).

Spurs have already bolstered their midfield and attacking options with the signings of Yves Bissouma and Richarlison, but it looks like they could be in for another star as they look to push on in the Premier League.

The star in question is Zaniolo, who has impressed at Roma over the years, and Jacobs believes he could be targeted as the Serie A side are open to selling and Spurs could go in for him once they have moved on a couple of players in their squad.

Jacobs told the Last Word on Spurs podcast: “I think Zaniolo is a really interesting player, he’s battled back from an injury a couple of seasons ago at Roma during the pandemic and he’s a frightening talent.

“He would be an excellent signing.

“Roma, as I understand it, would reluctantly let Zaniolo leave. He is open to a Tottenham move and he’s valued, I would say, somewhere around about the €50-55m mark and that’s what Tottenham are looking at.

“It may take a little bit more with the add-ons, but there’s concrete substance to these links and Tottenham, after they’ve prioritised the outgoings, could well swoop in.”

TIF Thoughts on Zaniolo to Spurs…

The 23-year-old Italian, who has been called ‘prominent’ by Momo Sissoko, has shone for Roma over the years and last season showed what he is capable of with eight goals and nine assists in all competitions, including the winner for in their Europa Conference League final against Feyenoord.

He also impressed with his FBref numbers, as he ranked in the 90th percentile for progressive passes received, the 83rd for touches in the attacking penalty area and the 81st for dribbles completed per game compared to other attacking midfielders in the top five leagues.

While Spurs have already bought in some very talented players and therefore could face team selection problems, there is no doubt Zaniolo would help them push on in the Premier League and help them compete in the Champions League as they search for that elusive trophy.