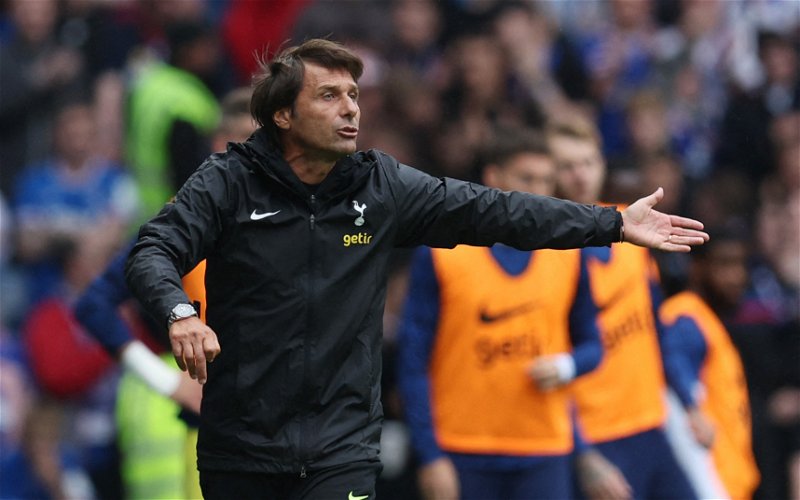 Journalist Pete O’Rourke has claimed that Antonio Conte is still open to making further signings at Tottenham Hotspur this summer.

After securing Champions League football for the forthcoming campaign the Italian manager has been busy at work this off-season putting his stamp on the side.

Ivan Perisic and Fraser Forster were first through the door and quickly followed by Yves Bissouma and Richarlison while Clement Lenglet and Djed Spence have also since come in at Hotspur Way.

However, Fabrizio Romano has previously claimed that the Spurs haven’t closed their checkbook just yet and that they may swoop to bring in another attacker this summer with O’Rourke now reinforcing those ideas.

(7:38)”I think Tottenham fans can be pretty excited they’re gonna have a good season this year.

“But I still think Antonio Conte does want to maybe add a couple more new faces if he can, maybe an attacking midfielder so he can add a bit of creativity to the side.”

TIF Thoughts on Conte and Spurs…

James Maddison could well be the creative force that the club decides to bring in after a long-standing interest in the Leicester City playmaker.

FA registered intermediary Paul O’Keefe claimed that director of football Fabio Paratici had shifted his attention to the Englishman following the arrival of Spence and insider Graeme Bailey is of the belief that Newcastle’s interest is a ploy to spring the Lilywhites into making an offer.

Meanwhile, having admitted that Spence wasn’t his signing, Conte could perhaps look to recruit Nicolo Zaniolo with the Italian coach seeing his compatriot as having a future in a wing-back role but it remains to be seen if the north Londoners will carry out any further business.