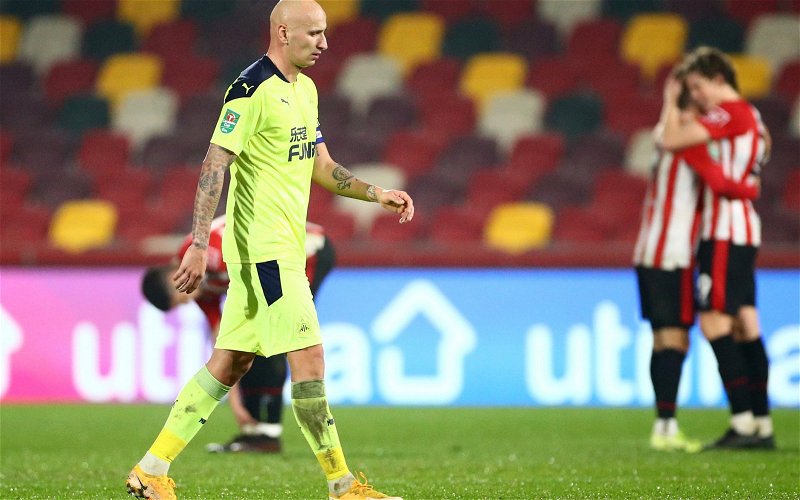 Reporter John Gibson has dropped a worrying claim on when Jonjo Shelvey may return for Newcastle United while speaking on the Everything is Black and White podcast.

Newcastle United and Eddie Howe were rocked by the news of Shelvey being set to miss months rather than weeks due to a hamstring injury which has seen him require surgery in London to try and rectify the issue.

The midfielder’s long-term absence could well force the Magpies into the transfer market, as reports have suggested he will miss at least three months, which will take Newcastle up to the winter break.

'I want to give a shoutout for...' - Waugh blown away by Newcastle ace 'fortunate to start'

However, Gibson believes that realistically, it means Shelvey will not feature for a little while longer for Newcastle.

He said: “He missed a lot of the end of last season, and he’s missed the start of this season. He won’t be ready when he comes back into training to go straight in the side. It’ll take him weeks, and you’re going into the World Cup break. I can’t see him being up and firing until around Christmas time.”

Will Shelvey be a big miss for Newcastle? 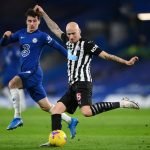 It was a huge blow for Shelvey to have picked up an injury in pre-season to start with, but to now be ruled out for months is a cruel blow for someone who only needs to make three more appearances before triggering an automatic contract extension.

Not just that though, as it was obvious that Shelvey was working very hard to earn his spot in Eddie Howe’s side and to be part of the Magpies’ new dawn, having flown off to Turkey during the summer to work with a personal trainer to ensure he was in the best possible shape ahead of the season.

Only time will tell how well his recovery goes, but there is plenty of logic in Gibson’s claim, and especially if those above him in the pecking order hit the ground running this term, Shelvey may very well find it very difficult to earn back his regular place in the side.