Ben Jacobs, of CBS, has claimed that Newcastle United’s interest in Lyon ace Lucas Paqueta is ‘very real’ this summer.

The Magpies have got very little time left to make further moves in the transfer window, with just 10 days left of August before the summer window slams shut. And, with that, if they want to bring someone in, it will have to be soon.

So far, Newcastle have had a good start to the season, drawing against Bright & Hove Albion, and defeating Nottingham Forest in an unbeaten first two games.

Newcastle eyeing ‘serious’ forward; going to take ‘a lot of beating’ to get him - journalist 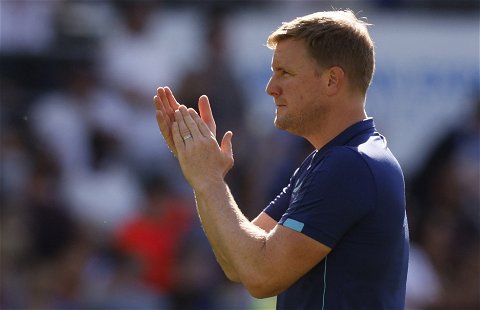 According to Jacobs, too, they are interested in Paqueta. Jacobs told GiveMeSport: “I think that the Paqueta interest is very real from Newcastle and there’s an admiration from Arsenal as well for sure, and I’ve said that many times. But neither club has actually made an offer. Both clubs have gone via the agent to try and determine where the player’s head lies.”

The Lyon man certainly had a season to remember in the last campaign, as he recorded 17 goal involvements, scoring 11 goals and assisting a further seven in all competitions.

Jacobs’ comments are certainly interesting, with neither Arsenal or Newcastle submitting an offer as of yet. Anything can happen yet, of course, though, with a bit more time left of the window.

The ‘world star’ could certainly add a creative spark in Eddie Howe’s side. When it came to midfielders last season, the Magpies lacked goal involvements, with Joe Willock, an attack-minded player, recording just two involvements, with just two goals to his name.

Paqueta’s number of involvements could take Newcastle up a level if they decided to pursue a deal. As of right now, according to Jacobs, an offer hasn’t been made, but with contact made with the agent, a deal could yet happen.