Journalist Phil Hay has revealed that Victor Orta is still determined to see Rodrigo become a success at Leeds United.

It’s safe to say that Rodrigo hasn’t exactly set the world alight during his time at Leeds, managing to score just 16 goals in 64 appearances, so the £27m paid for the attacker may not have been fully paid back yet.

The Spaniard has often been deployed in unnatural positions such as an attacking midfielder under Marcelo Bielsa and Jesse Marsch despite spending the majority of his career as an out-and-out striker, which won’t have helped him adapt to the Premier League. 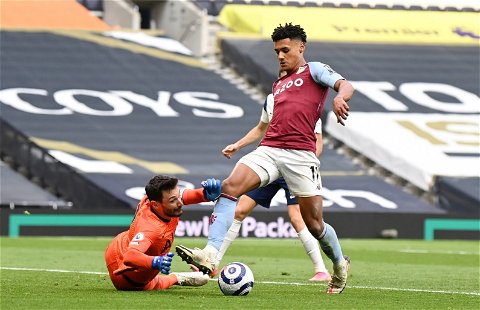 Hay spoke about the Spanish striker on the latest episode of The Phil Hay Show on how Leeds and Orta really want him to do well.

He said: “It is quite intriguing that both Bielsa and Marsch, up until this point, have really used him in a very different role – far more of a 10, far more withdrawn role. It’s never seemed to me that Rodrigo’s entirely happy in that role, and it hasn’t seemed at any point like he’s been able to properly settle.

Has Rodrigo been a success at Leeds?

“But they have backed him this summer. Marsch likes him a lot, Victor Orta, I think, is really determined to see this one work and see it pay off. And three goals in two games is not going to do him any harm at all.”

It is very difficult to judge Rodrigo’s time at Leeds as only on 21 occasions has he been deployed as a centre-forward, which is his natural position. However, with Patrick Bamford not over his injury problems and Joe Gelhardt still only 20, he may now get a chance to flourish as the main man.

Last season will surely have knocked his confidence as he was constantly being overlooked as the man capable of leading the line, as Daniel James was the person seen as good enough to carry out instructions more often than not, but after three goals in the opening two games of the season, this could be the season Rodrigo establishes himself as the best striking option at Elland Road, and has hit form just in time to save his Leeds career.