Leeds United have made an enquiry for Albanian striker Armando Broja this summer as they continue to look for a new forward.

This has been suggested by transfer journalist Ben Jacobs, who has been discussing the future of the 20-year-old.

It has been suggested the Chelsea man has caught the attention of a number of teams this summer, with Newcastle United and West Ham United two of the main sides in pursuit of his signature.

Journalist claims Leeds ace will be 'disappointed' despite win

Reports have claimed the young striker is valued in the region of £30m this summer, but Chelsea would prefer to see him depart on another loan instead of a permanent deal.

Broja did play at the weekend – albeit briefly – having come on at Goodison Park for the final 15 minutes, but Jacobs still believes there is interest surrounding the future of the Albanian, including at Elland Road.

Speaking on Newcastle-focused podcast NUFC Matters, he said: “So you’ve sort of loosely speaking, got Newcastle, West Ham – historically anyway – and Everton looking at Broja. And then to a lesser extent, but they’ve made enquiries, Leicester and Leeds United – who also need a striker.

“Leeds are actually in quite a similar position to Newcastle because they’re over-reliant on Bamford. And they want a young talent too, and they’re looking at [Arnaud] Kalimuendo at PSG for around £25m and if PSG are prepared to sell, and we wait and see on that.”

We think this would be a really interesting addition to Jesse Marsch’s squad, with the ‘devastating’ striker already having Premier League experience under his belt. 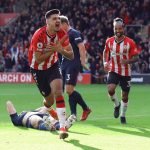 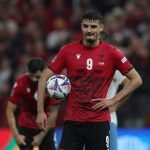 With this in mind, we would imagine there would be confidence among those at Leeds that Broja could step up and become an adequate alternative to Patrick Bamford if he suffers further injury issues.

And even if Bamford did not endure more fitness problems, it would be interesting to see if Broja could push the 28-year-old for a starting spot in Marsch’s XI as he looks for an exit from Chelsea to find more regular game time.