Ryan Taylor of the Daily Express has claimed that Southampton striker Che Adams could be ‘of interest’ to Leeds United this summer.

The Yorkshire club have been after a goal contributor all summer. And, after they saw their attempts to sign Charles De Ketelaere turn unsuccessful as the Club Brugge man opted for a move to Serie A champions AC Milan instead, they have turned some of their attention to Che Adams, according to The Sun.

Speaking to GiveMeSport, Taylor had his say on the matter. The journalist said: “I can’t say for definite, but I do think he is a player that is of interest to Leeds. Obviously they tried to sign him before and he fits that kind of style but, with all due respect, I know Leeds are a massive football club, but it’s a bit of a sideways move from Southampton at the moment – both clubs kind of in that bottom half. 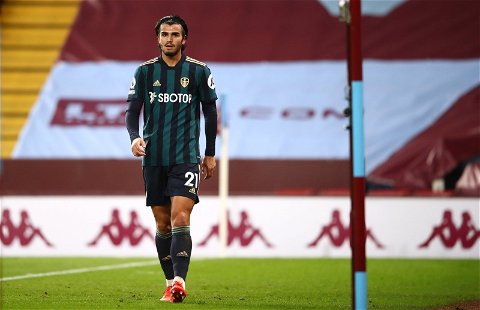 “That being said, if the interest is genuine, then there’s no reason why a deal couldn’t happen, but I can’t really guarantee that he is a target. But I think Leeds obviously need a striker and he fits the style of play, so it’s realistic.”

Based on Taylor’s comments, as of right now, Leeds aren’t exactly moving quickly for Adams, instead simply acting as admirers for the meantime. But, with just under a month to go until the summer transfer window slams shut, there’s still time for anything to happen.

We’d have to agree with Taylor when he says that is would be a sideways move for Adams, however. Southampton, like Leeds, are a club that fights relegation, with a 15th placed finish – just two places above their Yorkshire counterpart – summing that up last season.

In terms of goals, too, is Adams really the man that Leeds need? The forward found the back of the net just eight times in 33 appearances in all competitions last season. And, with Leeds’ goalscoring problems no secret – they scored just 42 goals last season – the last thing they need is an underperforming striker.

With a few weeks left of the transfer window, Adams may not be the solution to Leeds United’s problem going forward.