Podcast presenter Jack Collins has claimed that it would make sense for Fulham to sign Justin Kluivert this summer.

According to The Times, Fulham are interested in signing Kluivert and Roma representatives have reportedly flown to England to begin negotiations with the Whites.

Kluivert spent time with OGC Nice on loan last season from the Giallorossi, featuring 27 times in Ligue 1 for the French side, where he found the back of the net four times and chipped in with five assists. 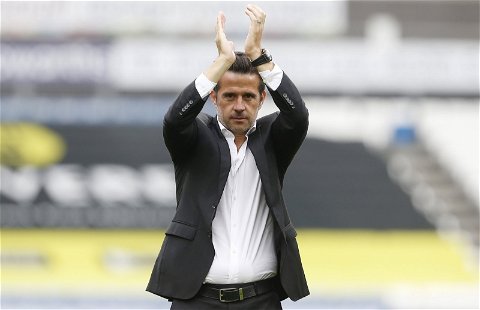 With Kluivert being linked with a move to Fulham, Collins spoke on the Fulhamish podcast and claimed it would be a transfer that makes sense.

He said: “I like him as a player. I think he is a very, very direct, tricky winger who’s able to get into the box and make things happen.

“Now, he’s not the best crosser of the ball in the entire world, but he is a smart footballer who I think Silva will really like, because he presses well, presses hard, and he’s the kind of player that you look at and go, ‘ok, this makes sense’, and actually, considering the injury options we’ve got, I can imagine this transfer has taken a big step forward in recent times.”

It was recently announced that recent arrival Manor Solomon had picked up an injury in a behind-closed-doors match, so it will be interesting to see if Marco Silva looks to really push for Kluivert in the transfer market before the window shuts, as they are particularly short in that area of the pitch.

Harry Wilson is another winger for Fulham that is sidelined at the moment, and with Kluivert going out on loan last season, this could be an indication that he is out of favour at the Italian club, so a move to Fulham could be one that is suitable for all parties.