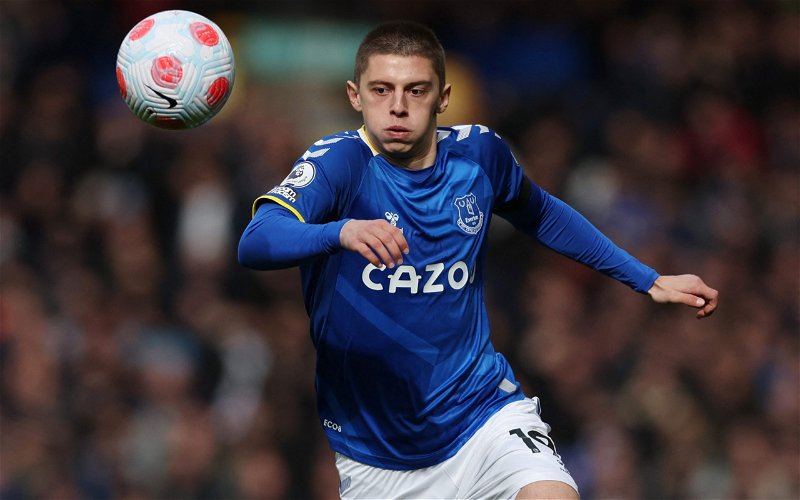 Dave Vitty has blasted Vitaliy Mykolenko for his performances at Everton while speaking on the All Together Now podcast.

Mykolenko was thrown into the starting lineup almost immediately at Everton last season when he was brought in during the January transfer window following the departure of Lucas Digne after a falling out with then-manager Rafael Benitez.

The Ukrainian international scored a memorable goal against Leicester City last season and has already racked up 19 appearances across all competitions becoming a regular under Frank Lampard, although Vitty is yet to be convinced by the defender.

'Additionally to that...' - Journalist hints at potentially two Everton signings 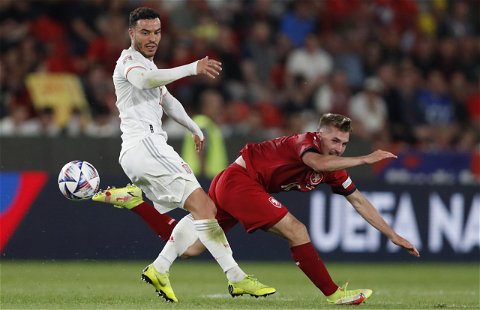 “I think he’s a decent player, but he’s so one-sided for me, and unfortunately – and this sounds harsh on him – but whenever I see him play, it frustrates me the fact that we haven’t got Lucas Digne anymore, who for me was just a far better player.

“It really [annoys me] the way that the whole scenario unfolded with Rafa falling out with him and getting rid of him and then a few days later, Rafa’s gone, it was just an absolute shambles.”

Who was a better player for Everton? 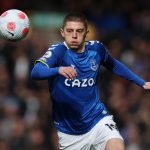 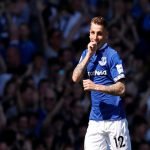 At just 23 and coming into a brand new league when Everton were really struggling, it appears that Mykolenko has done an alright job in the circumstances, and has a lot of years on Digne when it comes to nailing down the left-back spot for time to come.

However, given how creative Digne was for Everton, he managed to register 20 assists during his time at Goodison Park and even despite leaving in January, Digne finished the season inside the top 10 when it came to shot-creating actions at Everton (FBRef), so it’s no surprise that Vitty isn’t impressed by Mykolenko compared to what the club had in Digne.

What makes it worse, as Vitty alluded to, is the way Digne was almost forced out of the club because of his sour relationship with former boss Rafael Benitez, only for the Spaniard to then be given his marching orders not long after he sanctioned the sale of Digne to Aston Villa.