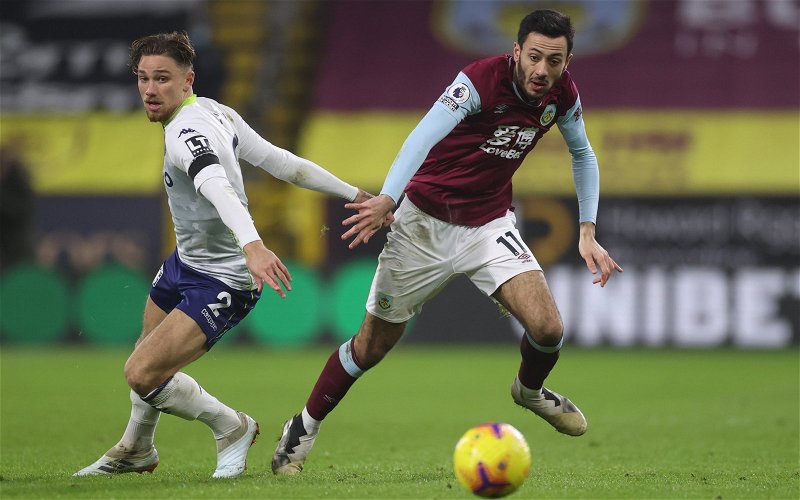 Barry Allan has claimed that Dwight McNeil could start up top for Everton at the weekend due to the injury of Dominic Calvert-Lewin.

Everton have been on the hunt for a new centre-forward this summer, with Armando Broja being linked with a move to Goodison Park after Richarlison left the club to join Tottenham Hotspur.

The issue in the attack went from bad to worse for Frank Lampard, after it was announced that Dominic Calvert-Lewin could be set for a lengthy period on the side-lines after picking up an injury in pre-season.

With the injury up top getting worse for Everton, whilst speaking on The All Together Now Everton Podcast, Allan has claimed that Dwight McNeil might start his first competitive game for the Toffees down the middle.

(3:54) “I think it will be McNeil, Gray, and Gordon, I know Gav said Dele Alli there but I’ve just got a feeling it’ll be those three, I wouldn’t be surprised if he threw McNeil down the middle, because of his height, I don’t think they will play it long to him, but you see him in the friendly the other week, scoring from the centre of the pitch, going directly at the team, and letting one go from the edge of the box, so I think he will go that way,” Allan said.

Everton have made three new additions this summer, one of them being winger McNeil, but it is an interesting claim from Allan to say that he could be starting up top after he failed to register a single goal last season in 38 Premier League appearances, albeit in a struggling Burnley side.

The injury to Calvert-Lewin is tragic news for Lampard, but it might send a message to the Everton board that they need to invest in a new centre forward, as they only have Salomon Rondon as a fit forward at this current stage.

The Toffees have Lampard’s former side, Chelsea, in their opening fixture on Sunday, so it will be interesting to see how the game pans out, and the chances of the Toffees getting anything from the game might have got increasingly slimmer with Calvert-Lewin being injured.