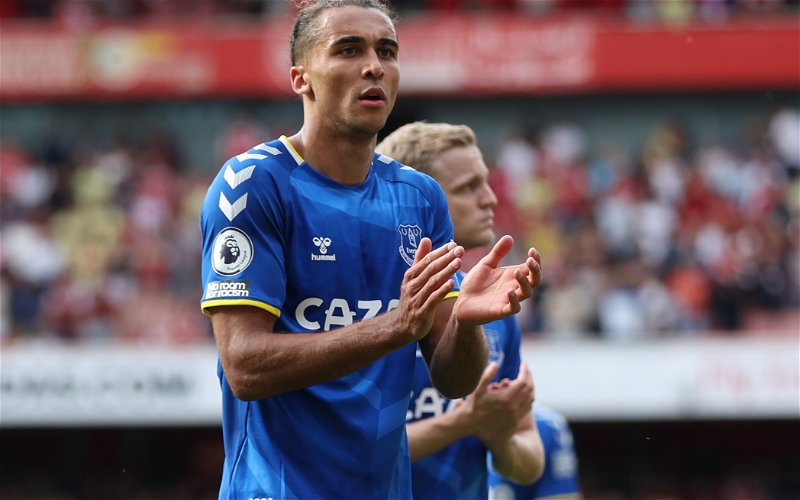 Dominic Calvert-Lewin won’t be an Everton player by the end of the transfer window.

That is the view of talkSPORT’s resident transfer guru Alex Crook who has been speaking ahead of the upcoming campaign.

A report from The Telegraph back in May suggested that Newcaslte United were interested in the 11-cap England international and was even thought to be a primary target of the newly-backed Toon outfit. 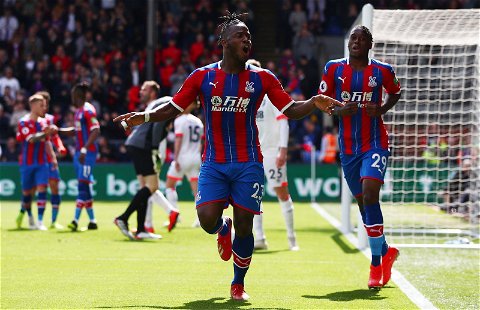 However, he recently suffered an injury setback with a timeframe of six weeks out mooted as he deals with a knee problem.

Nevertheless, Crook is of the belief that the centre-forward will still leave Goodison Pak this summer.

(42:03)“I’m not convinced that Dominic Calvert-Lewin will be an Everton player after September 1st. I think somebody might just come in and try and prise him away. If they lose him and Richarlison, that’s a big source of goals that has left the building.”

Having already lost last season’s top scorer Richarlison to Tottenham seeing Calvert-Lewin depart could prove detrimental to Frank Lampard’s hopes of taking the Toffees away from the relegation zone.

After a disappointing 4-0 defeat to Minnesota United speaking to Everton TV (via Daily Mirror) Lampard warned his players that they could be in another relegation scrap this season but they have strengthened since with Ruben Vinagre and Dwight McNeil arriving however losing their marquee striker on the mouth of the new campaign could spell calamity and cause a last-ditch scramble for a new frontman with a move for Michy Batshuayi now seemingly off with Wolves leading the race.