Rangers: Van Bronckhorst could be looking at Barisic replacements 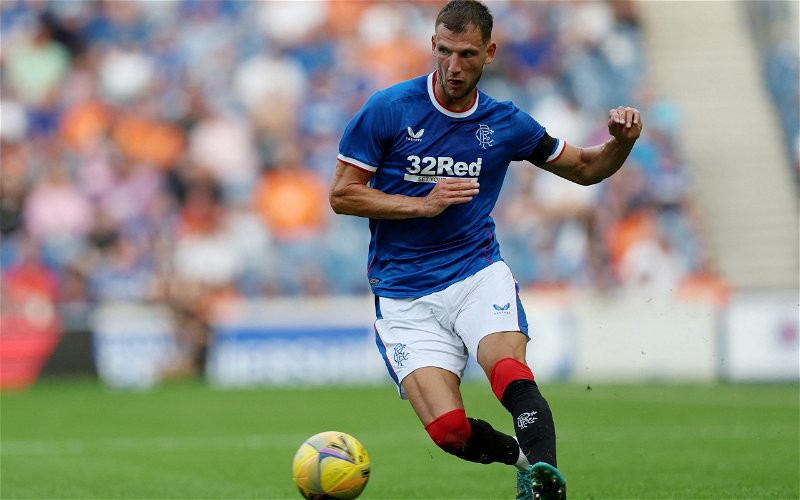 Rangers could be looking at potential replacements for Borna Barisic this summer, with the Croatian linked with a move away from Ibrox during the transfer window.

That is according to journalist Pete O’Rourke who has been speaking to This Is Futbol about Rangers’ potential transfer plans this summer.

Barisic admitted back in June that his future at Rangers may not be in his control, after Roma and Watford had reportedly shown an interest in the defender, whilst Trabzonspor have also been linked.

And O’Rourke believes that Rangers manager Giovanni van Bronckhorst will have his eye on potential replacements if he is to indeed lose Barisic this summer.

“If he was to lose the Croatian, I’m sure he is looking at possible alternatives as well,” he said.

“But yeah, Rangers have got Champions League qualifiers coming up right now as well. So Van Bronckhorst will want to get his squad sorted out as soon as possible and probably wants to keep his best players and Barisic on his day definitely is one of them.”

Whilst we believe that it’s hard to stop a player from heading to the exit door if he really feels a departure is needed, Barisic’s recent comments to RTL (via Daily Record) don’t seem to suggest he’s desperate to leave the club.

And with Champions League qualifiers ahead, Van Bronckhorst will be desperate for the 29-year-old left-back to remain professional, as the Ibrox club look to reach the group stages of the competition for the first time since 2011.