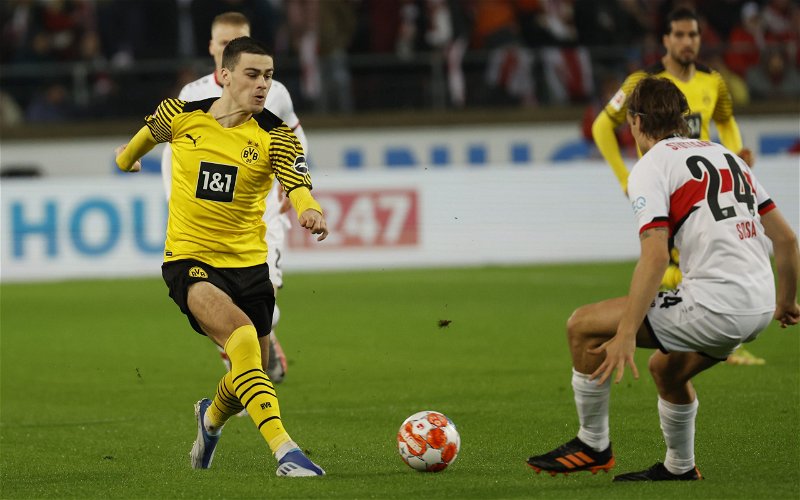 That is according to journalist Pete O’Rourke, who was speaking to This is Futbol about Rangers’ potential transfer business ahead of the Scottish Premiership season.

There had been unsubstantiated whispers that Reyna could be making a loan move to Ibrox this summer, following in the footsteps of his father Claudio Reyna.

However, these were shot down quite quickly, with Bundesliga reporter Manuel Veth suggesting that this move was highly unlikely to happen, with the American likely to stay at Dortmund this season.

And O’Rourke would also be very surprised if the 11-time USA international was to make the move to Glasgow this summer.

“I’ll be very surprised if Reyna was to end up at Rangers.

“There are obvious links there, with his dad having played for the club as well, so maybe that’s where the speculation is coming from.

We believe that whilst this would be a great move for Rangers, the loan transfer of Reyna to Ibrox is incredibly unlikely, and the club would be better off moving onto other targets this summer, rather than wasting their time on a deal that is so unlikely to happen.

We also agree with O’Rourke that the talented American is likely to be given a run-out by Dortmund, a club well-renowned for giving youngsters a fair crack at the whip before moving them on.

With Rangers looking to wrestle back the Scottish Premiership title from Celtic this season, van Bronckhorst will be hoping that his recruitment staff will help him bring in a few more of his targets ahead of the season’s kick-off.