Rangers: Unlikely Reyna signing would be a “statement of intent” 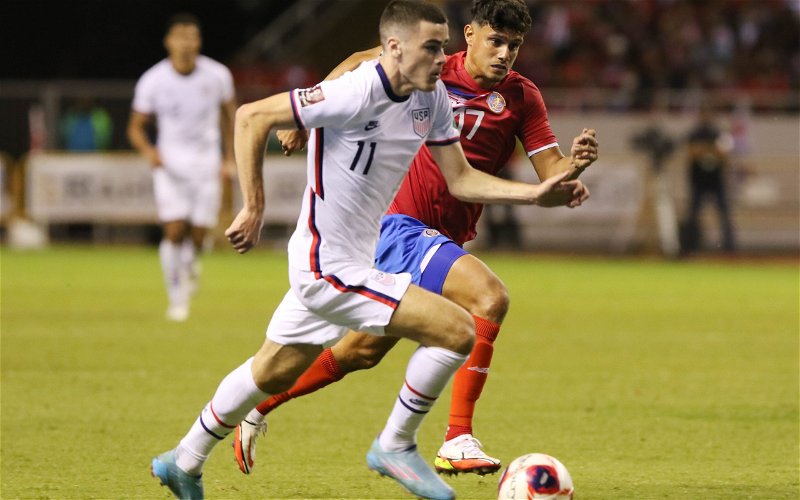 Rangers’ unlikely loan signing of Borussia Dortmund and United States attacking midfielder Giovanni Reyna would be “a real statement of intent” if Giovanni van Bronckhorst’s side were able to pull the signing off.

That is according to journalist Pete O’Rourke who was speaking to This is Futbol about the Ibrox club’s transfer plans this season.

There had been “whispers” about Reyna potentially making a move to Ibrox for the season this summer, but this move is now extremely unlikely, according to Bundesliga reporter Manuel Veth.

The 11-time United States international, who has been predicted to become a “fantastic” player by USA manager Gregg Berhalter, is the son of Claudio Reyna who played for Rangers during his career, which is where the link is likely to have come from.

And O’Rourke believes in the unlikely instance that the Ibrox club pulled the transfer off for the starlet, it would be a “huge” signing.

“It’d be a huge signing and a real statement of intent that Rangers mean business this summer if you get somebody of the calibre of Reyna to make the move to Ibrox.

“I think it would be setting down a marker to Celtic to get in the race to win the title next season.

“It’d be a big, big signing if they were able to pull it off.”

We agree that the signing of Reyna would be a huge signing for the club, and whilst the deal is unlikely to happen, it should come as exciting news for Rangers fans that they are being linked to players of the calibre of Reyna.

However, we believe that now is the right time for van Bronckhorst and the Premiership club to look towards other targets as they look to regain the league title back from Celtic.

And with Champions League qualifiers upcoming, it would be in the club’s best interests to prepare for two important matches against Union Saint-Gilloise.