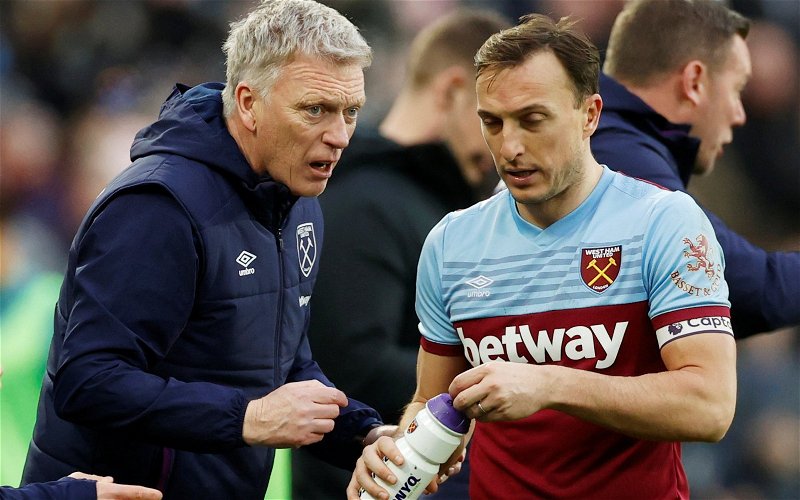 Journalist Roshane Thomas has claimed that West Ham United have no intention of selling Tomas Soucek in this summer transfer window.

According to Claret and Hugh, Tomas Soucek might be leaving Premier League outfit West Ham United in this summer transfer window as both parties are seemingly far apart in terms of agreeing a suitable new deal for the Czech Republic midfielder.

Soucek has been a mainstay in the West Ham side over the past two seasons, last term in the Premier League he made 35 appearances whilst scoring five goals and chipping in with one assist. Whereas the season prior, he started all 38 top-flight games and scored 10 goals whilst adding one assist.

Despite the links of an exit away from West Ham for Soucek, he still has two years remaining on his current contract with the club, and Thomas has claimed on the You Irons podcast that the club have no intentions of even listening to offers for him.

(22:02) “I checked in, the club have no intention of selling Tomas Soucek or even listen to offers, he still remains an integral member of the team,” Thomas said.

West Ham have shown heavy interest in Amadou Onana this summer, as they have just submitted their third bid for the 20-year-old midfielder, and his introduction might have been an indication that the Hammers might be looking to cash in on Soucek, who will be entering the final year of his contract at the end of next season.

However, it might be good news for West Ham fans to hear that they are not looking to sell their ever-present midfielder this summer, and if they bring in Onana then it will provide healthy competition for the current midfielders, and allow for them to have a rest throughout the season.