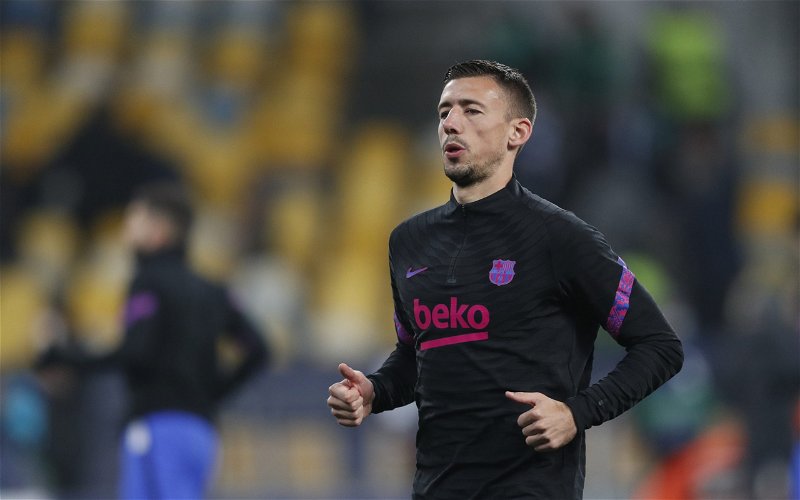 The France defender hasn’t had the best time at Barcelona since making the move for £35.9m in 2018, with last season particularly difficult at times. But Barcelona are currently in an era to forget; an era of struggle and rebuild.

The fact that Lenglet made just 21 appearances in La Liga last season suggests that Barcelona manager Xavi doesn’t see him as an important part of his side, perhaps leaving the door open for a departure.

When speaking about Lenglet on the Gold and Guest Talk Tottenham podcast, Gold said: “If I’m looking at this and I’m Tottenham, and it looks like it would be a loan move again, and there’s suggestions that it would be an option to buy in there as well – which, some of the figures that I’ve seen going around have not been much at all – it almost comes into the no-brainer category.

“From what people have told me, I’ve spoken to some people that have watched a lot of him, and they tell me [he is a] very experienced player, lot of knowhow, very good left foot, clever player. Not got the greatest pace, but he makes up for that with anticipation, things like that.”

Spurs have managed to address a few problems so far this summer, with Richarlison adding necessary depth in the frontline, Yves Bissouma adding the same to the midfield, Ivan Perisic bringing much-needed experience and Fraser Forster offering them a seasoned No 2 goalkeeper. But, they are yet to solve their centre-back issue.

While they have someone who is set to be at the heart of the Spurs backline for years to come in Cristian Romero, elsewhere, they have the likes of Eric Dier and Ben Davies – the latter of whom is not even a natural centre-back despite his fine performances last term. So, it must be said that, signing a left-sided centre-back would be solving another issue.

Complementing Romero should be the priority, too. We feel Antonio Conte should build his defence around the centre-back, perhaps starting with Lenglet. Partnerships at the back are the foundation for any successful side, and Spurs must find that this summer.