Tottenham Hotspur: James Maddison deal would be ‘cherry on top of the cake’ 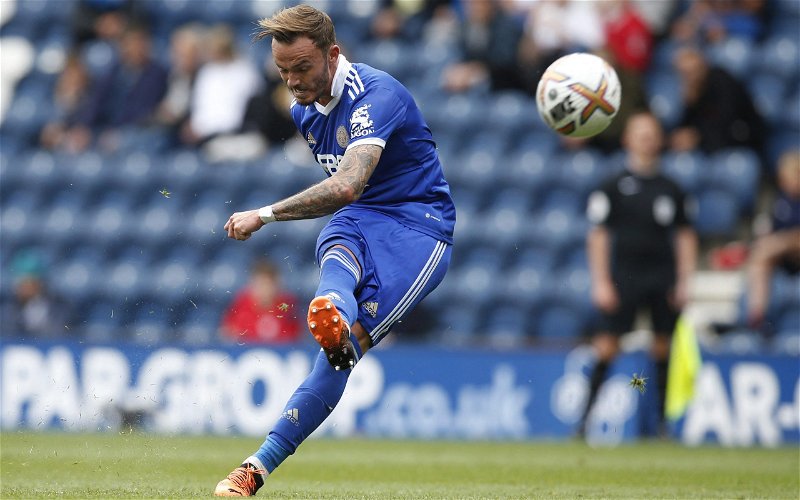 Tottenham Hotspur fans would be delighted if their club were to swoop for Leicester City attacking midfielder James Maddison this summer.

That is according to Pete O’Rourke, who was speaking to This is Futbol about the Lilywhites’ potential transfer business for the remainder of the transfer window.

According to The Athletic’s Tottenham correspondent Charlie Eccleshare, who was speaking on Chris Cowlin’s YouTube channel, Spurs are ‘playing down’ rumours linking them to Maddison, but he is a player that they like.

Antonio Conte has already welcomed six new faces to the Tottenham Hotspur Stadium this summer, and it is thought that the club are planning to move some players on before any more additions arrive.

And O’Rourke believes that the potential deal for the Leicester star is something that will excite Spurs fans this summer.

He said: “It’d definitely be a move that would excite the fans.

“Spurs have already had a great transfer window so far with the signings that they’ve made, so to get Maddison would be probably the cherry on top of the cake, really.”

We believe that Tottenham fans will be delighted to hear of the club’s admiration for Maddison – who was once dubbed a “genius” by BBC Norfolk’s Rob Butler – as he could provide the missing piece of the puzzle for Conte to challenge for trophies this season.

The £45m-rated maestro arguably had his best season in a Leicester shirt last season, scoring 18 goals and providing 12 assists in 53 appearances, according to Transfermarkt.

We think that Maddison would be an excellent addition at the Tottenham Hotspur Stadium and Spurs should be working on clearing some of the deadwood out of their squad to secure the signature of the 25-year-old as quickly as possible.