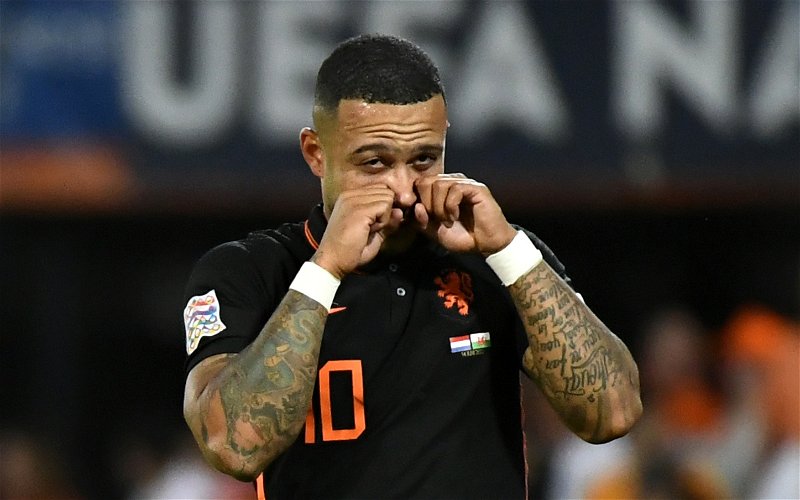 That is according to Dean Jones, who told This is Futbol that he believes the club won’t be attracted to bringing a player of his style and personality to the Tottenham Hotspur Stadium this season.

Spurs have been linked with a move for the 28-year-old by multiple outlets this summer, with a £14m fee being touted for the Netherlands international and an ‘enquiry’ supposedly being made recently. 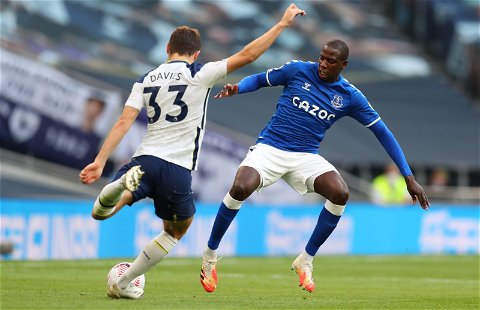 Tottenham’s fierce rivals Arsenal have also been linked with a move for Depay, but it seems that the chances of a move to the Premier League for the Dutchman this transfer window are slim.

Jones believes that Antonio Conte and Daniel Levy will not be interested in spending the aforementioned £14m to bring the Barcelona forward to north London this season.

He said: “I can’t see Memphis being brought into that Tottenham squad.

“Just a player of that style, who can potentially be difficult to manage, I can’t see that being done.”

We also can’t see Conte being particularly desperate to spend the money to bring the former Manchester United man to Spurs this summer.

The club have already completed the signing of a forward, with Brazilian striker Richarlison making the move from Everton in a deal worth a reported £60m.

And even if Spurs were to bring the ‘world-class’ attacker to the club this summer, he may struggle to get in the side, with Harry Kane, Son Heung-min and Dejan Kulusevski all having strong conclusions to the campaign last season, on top of the aforementioned arrival of Richarlison.

That said, there appears to be a difference of opinion with regard to whether Tottenham will indeed be keen on bringing him to north London this summer, as noted insider ExWHUemployee has recently claimed that Conte’s side are ‘in the market‘ for the Dutchman – so perhaps the Italian has a trick up his sleeve.

Whilst this would suggest that Depay’s record in front of goal is better than that of his Brazilian counterpart, it must also be taken into account that the Dutchman was playing for a Barcelona side who finished second in La Liga, whilst Richarlison was playing for an Everton side that only secured their top-flight survival during the penultimate game of their season.

We believe that Spurs would be better off avoiding the signing of Depay as Jones suggests, as they are well-stocked in the forward department and should focus on adding more depth to other areas of their squad ahead of next season’s Premier League and Champions League campaigns.