Tottenham Hotspur’s director of football Fabio Paratici and manager Antonio Conte’s connection with Italian football can give the club “a boost” in their pursuit of Roma’s Nicolò Zaniolo.

That is according to journalist Pete O’Rourke, who was speaking to This is Futbol about Spurs’ potential transfer business this summer.

According to Italian football journalist Daniele Miceli, who was speaking to Sportmediaset news (via TuttoJuve.com), Tottenham are the only club interested in the £41.9m-valued midfielder, who can afford him. 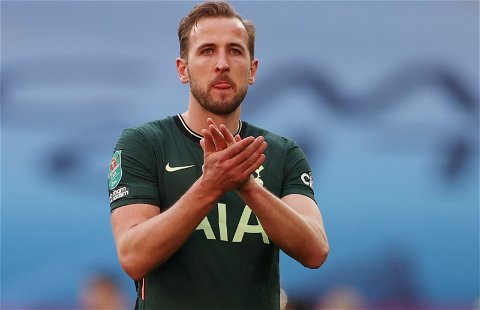 However, the same journalist also said that Zaniolo is currently edging towards staying at the Serie A club, with both manager Jose Mourinho and his teammates eager for him to stay.

“Zaniolo seems to be oriented towards staying with Roma today, both his teammates and Mourinho have asked him,” said Miceli.

“The only team that can break the balance is Tottenham, because they have the financial means to reach the £41.9m requested by Roma.”

But O’Rourke believes that Conte and Paratici’s ability to sign players from Serie A could give them a boost in their pursuit of the 23-year-old.

“It [connection with Italian football] definitely gives them a boost in that potential signing of Zaniolo.

“Spurs have done a lot of their business in Serie A over the last couple of transfer windows, including a couple of signings from Juventus in January.

“They signed Perišic this summer as well, so it’s a market that Paratici and Conte know very well.”

We believe that Spurs fans will be delighted to hear that Conte’s Italian connections could give them a boost in the pursuit of Zaniolo, who former Roma manager Paulo Fonseca claimed could become “one of the best” Italian players.

The nine-time Italy international had a successful season with Roma last time out, scoring eight goals and providing nine assists in 42 appearances according to Transfermarkt, as the club went on to lift the UEFA Europa Conference League.

And we think that Zaniolo would be an excellent signing for Spurs, with the versatile midfielder capable of playing in the number ten as well as out wide, proving that he could prove to be a useful option for Conte when balancing domestic and Champions League football this season.