Chris Waugh has revealed on Pod on the Tyne what he witnessed after being invited to watch Newcastle United train out in Austria.

The Newcastle payers have now returned to Tyneside after a stint out in Austria on a pre-season tour and will soon jet off back to mainland Europe which will see them train and play friendlies in Portugal including ones against Burnley and Benfica.

It appears that the training camp out in Austria was a great one for the players, who experienced a win and a defeat while also bonding off the pitch, but also for the media that travelled out as they got access to live training sessions as well as media opportunities. 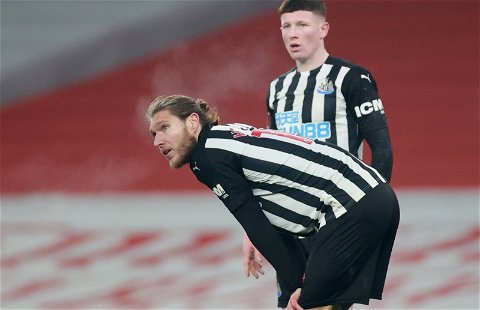 Waugh has now spoken about what he saw during the training sessions he got invited down to.

(4:19) “So they played two matches in Austria, they played near Saalfelden where they were staying, on Friday against 1860Munich and then they played Mainz on Monday, but on the Sunday, we got invited to go and watch about half an hour of training, which was a really intense session.

“There was a sort of pressing drill, and you can see exactly what they’re working on and Eddie Howe dropped a couple of F-bombs in it when he got a bit angry with how the players were pressing.”

It has been reported by the local media that during their time out in Austria Newcastle are certainly looking like a much fitter side, something that is night and day from last year as Callum Wilson confirmed on the Footballer’s Football podcast (Via Mail Online) that they weren’t fit or prepared for the start of last season.

Now though, Howe is clearly forcing his players to work hard ins sweltering heats and getting them to do doubles sessions, so then when the season starts they won’t get overrun and become tired come the end of the game.