Journalist Jordan Cronin has slammed Newcastle United for holding back tickets from members while speaking on the National World YouTube channel.

Demand for season tickets, matchday tickets and pre-season friendlies has been huge on Tyneside following the takeover of the club by PIF and with the Magpies finishing last season so impressively.

Over 30,000 Newcastle fans virtually queued to try and buy one of 1,000 season tickets that went on sale a few weeks ago, while many people turned up at St James’ Park to buy a ticket for at least one of their home pre-season friendlies later this month.

However, it’s not all been positive, as for their opening game of the season, a number of tickets were held back from fans – something Cronin discussed.

He said: “I think the Nottingham Forest game, the way it’s worked, a certain number of tickets were on hold to memberships and I think some have been held back for general sale, which I think probably should have been made clearer by the club, if I’m being brutally honest.

Do Newcastle need a bigger stadium? 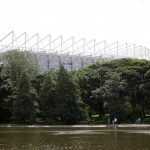 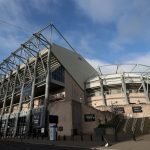 “Memberships cost about £30 and a lot of fans have memberships on the basis of being in with a shout of getting tickets, but obviously they can conceivably do that by being on general sale as well.

“So it’s a difficult situation for Newcastle to manage because everyone wants a piece of Newcastle United now.”

It certainly does raise the question as to what the point of buying a membership is if tickets are just going to end up on general sale anyway – especially when the memberships cost around £30, as Cronin alluded to.

The fact that Newcastle only a few years ago were giving away season tickets for free and St James’ Park is now seemingly not big enough to cope with the demand for football on Tyneside once again shows how far the club have come in such a short space of time.