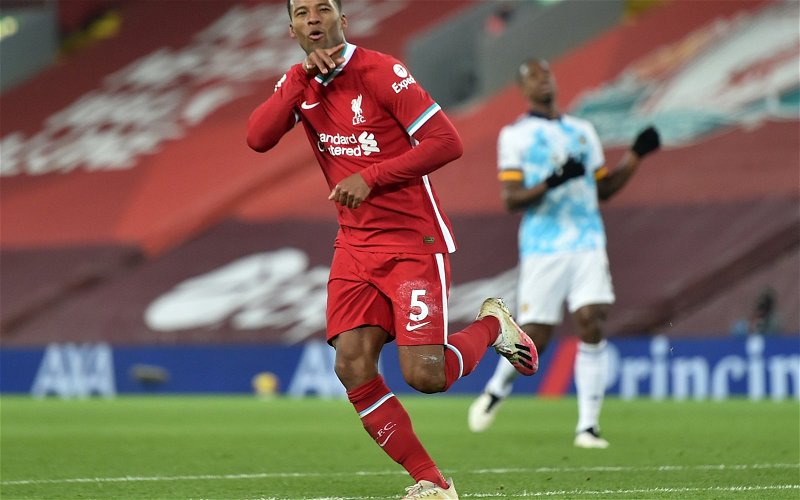 Dave Walker believes that Paris Saint-Germain’s Georginio Wijnaldum would be ‘a statement signing’ for Newcastle United this summer.

The Dutchman has struggled since swapping Liverpool for PSG, making just 18 starts in Ligue 1 last season in a debut campaign to forget. And, now, according to Fabrizio Romano, Wijnaldum and the French champions are set to part ways this summer.

Speaking on The Transfer Show, Walker spoke on ExWHUemployee’s reports linking Wijnaldum with both AS Roma and Newcastle, saying: “I know you’ve linked him with both Newcastle and Roma. I think if Newcastle can pull that off, I think they’d be getting a hell of a lot experience, a quality player. And I think that would be a statement signing for them.”

We’d have to agree with Walker, too. Newcastle are entering a new, potentially far more successful era, and bringing in a player of Wijnaldum’s experience and calibre would show just how serious they are. It would not be the flashiest of signings, but, given how much of a consistent feature he was in Jurgen Klopp’s Premier League title-winning side at Liverpool – playing in 37 out of 38 games – he would be one of the smartest acquisitions this summer.

It’s also worth noting that Wijnaldum, who was dubbed as a ‘legend’ by Jurgen Klopp, would be going back into familiar territory if he joined Newcastle. It was at St James’ Park that the Dutchman earned a move to Liverpool, most famously scoring four goals in one game in a 5-2 mauling of Norwich City.

Of course, some fans may not necessarily welcome him back with the most open arms, given the fact that he left following relegation, but over time, Wijnaldum would get Newcastle fans back onside.

There’s still just over a month remaining of the summer transfer window, and a lot can happen in that time. Where Wijnaldum will be once the window slams shut remains to be seen.